Employer Sues Def Jam For Being Hired To BOOST Sales 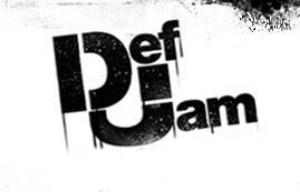 Here goes another controversy regarding the true character of accurate album sales reported by Nielsen Soundscan every week. I always feel there is something fishy going on behind the scenes. DJ Vee told me a freaky story regarding a convo he had with a label executive a month back. I wonder if the truth will ever come out.

Veteran sales executive Theressa Rossi said in a lawsuit that she was induced to become the “front man” for a company hired by Universal’s Def Jam label to inflate sales figures reported to the tracking firm Nielsen SoundScan, which compiles the industry’s influential sales charts.

Giaco enlisted the merchants to repeatedly swipe the CDs across scanning machines to boost sales figures, distorting Nielsen SoundScan’s computerized reports, according to the suit, which did not specify which albums were involved. Giaco threatened retailers with delays of regular album shipments if they did not falsify sales data, the suit said.

Universal Music, a unit of Vivendi Universal, said it hadn’t reviewed the lawsuit and declined to comment. Def Jam is one of the nation’s largest rap labels, with acts such as Ja Rule and DMX.

In the past, representatives of the five major record companies have denied knowledge of any attempt by their labels to manipulate the data.

According to the complaint, Universal had moved to sever ties with Giaco in 2001 after a Los Angeles Times article described potential inflation of music sales data by independent promoters.

The suit alleges that Liles and Giaco colluded to create a new marketing company — Entertainment Marketing Services, with Rossi as a principal — to conceal from Universal executives that Def Jam and Giaco had not severed their relationship.

Giaco refused to open his financial books to Rossi and later forced her out while withholding her share of the profits, according to the suit, which seeks $22 million in damages.

For the music industry, Rossi’s allegations could have a wide ripple effect. Nielsen SoundScan’s figures, used to compile Billboard magazine’s sales chart, are widely considered the most trustworthy measurement of consumer tastes.

Before SoundScan’s arrival in 1991, the industry’s charts were based on verbal reports made by retailers.