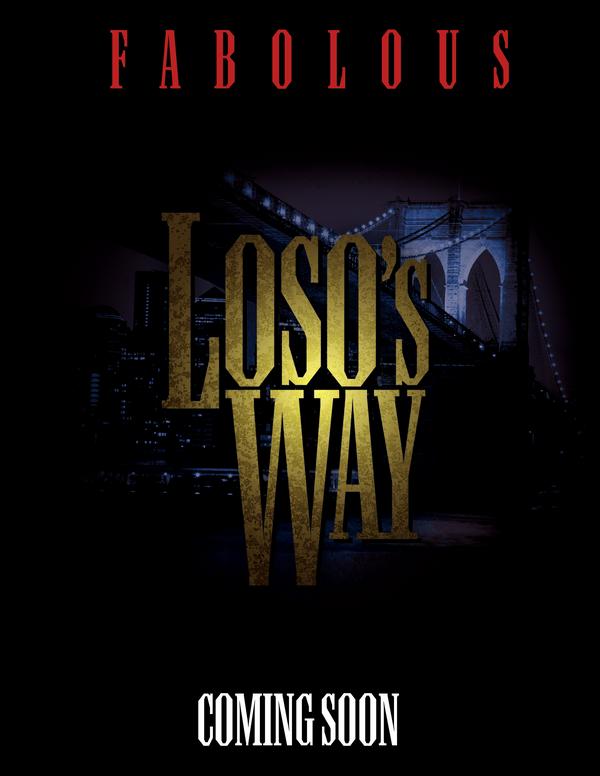 Actually, it got leaked and it was a version with Jay only rapping on it and it’s called, ‘When The Money Goes’. Jay had recorded something to it, I guess what you hear on the leak, for American Gangster and I don’t think it made the final cut so he had reached out to me, knowing that I was working on this project and knowing the theme of what I was trying to put together and said, ‘Yo, I got a record that might fit in to play.’ So, when he brought the record to the table it did. I re-vocaled it. Jay is just on the hook as far as that was his idea for the hook.

Also, hit the jump for the official promo poster for the new album Loso’s Way.