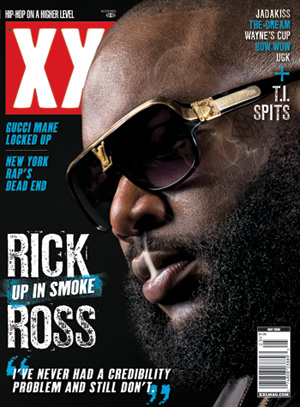 Well well well, we have some more mess from the Bawse, Officer Ross. here’s what XXL magazine reported a few hours ago:

The XXL Editors received this letter from Louis Vuitton concerning the May 2009 cover of Rick Ross.

We were dismayed to see the cover of the May 2009 issue of XXL Magazine, which features a photo of Rick Ross wearing a pair of sunglasses prominently featuring counterfeit Louis Vuitton trademarks. Because the photo has generated considerable confusion among your readers and Louis Vuitton customers among others, we feel it is important to clarify several points.

Thank you for giving us the opportunity to correct the confusion.

That is hilarious. Ha.