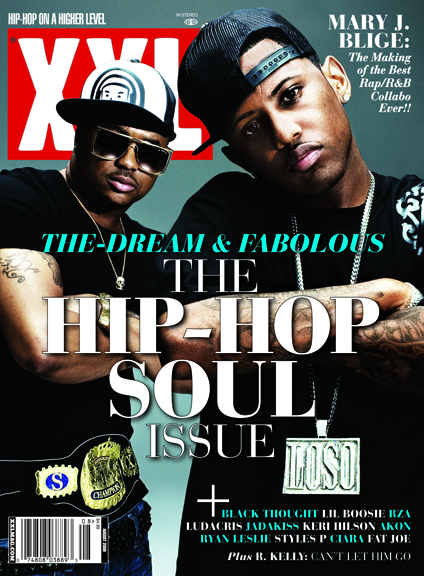 Def Jam stars Fabolous and The-Dream have joined forces for the new issue of XXL for The Hip-Hop Soul Issue.

The August edition of the number one music magazine will focus on the connection between hip-hop and R&B. In addition to interviews with Loso and Dream (with a guest appearence from his boo, Christian Milian), the issue will also include an essay on the history of hip-hop soul, the making of some of hip-hop soul’s smash hits, including the biggest of all time, Method Man and Mary J. Blige’s “I’ll Be There for You/You’re All I Need to Get By.”

There’s also a package featuring the Top 10 Hip-Hop Soul singers, songwriters and producers to look out for in 2010, an in-depth profile on Black Thought and much more.

The August issue of XXL hits stands on July 7.