Perez Hilton Disgraces Michael Jackson By Claiming He Faked It, Then Takes Down Blog Post 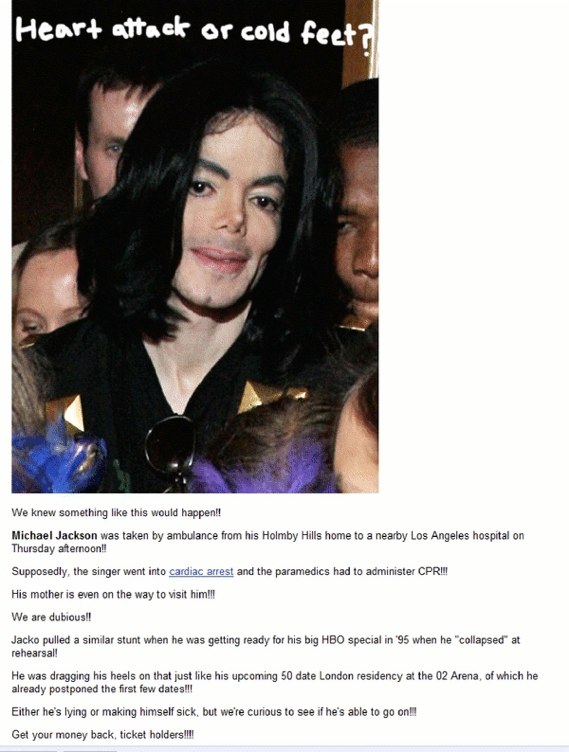 Celebrity Blogger Perez Hilton has done it again. When Michael Jackson was admitted to the hospital following a heart attack prior to his tragic death, Perez called it a ‘stunt’ and accused him of faking the act to avoid his 02 Arena Concert in London.

He signed off the post, which has now been taken off the site, by asking the fans to get their ticket money back. Click the picture above to view the entire post.

What an ass this guy is!