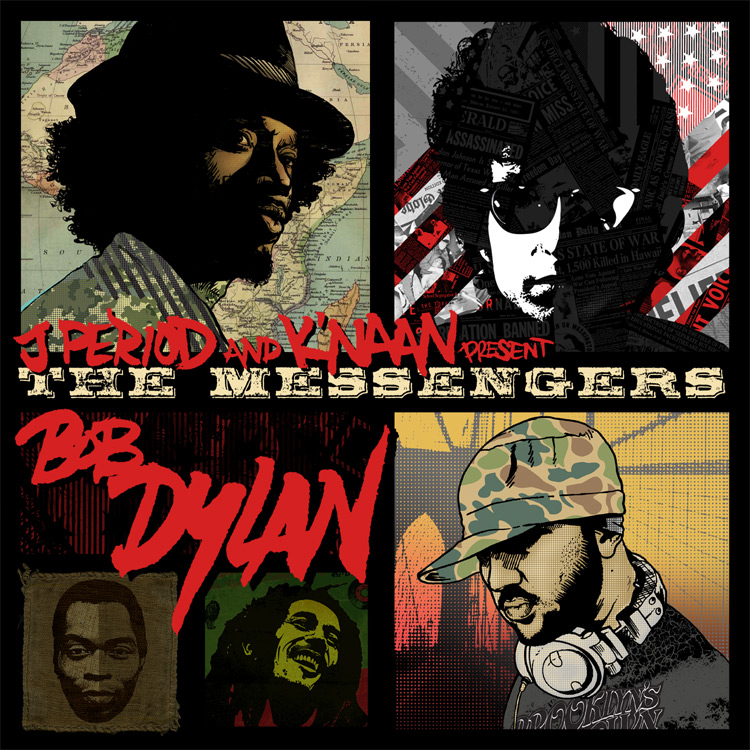 J.Period & K’NAAN are pleased to present the third and final installment of The Messengers tribute to Fela Kuti, Bob Marley & Bob Dylan. Episode #3 celebrates America’s reluctant Civil Rights song leader and poetic voice, Bob Dylan. Dylan’s own struggle with his status as a “Messenger” is well-documented: he shunned the tremendous expectations placed on him during the 60’s, preferring to see himself as a songwriter rather than a social leader. Nevertheless, the impact of his music is undeniable and, over 40 years since Dylan’s arrival, J.Period & K’NAAN set out to show his continued relevance, both socially and musically. On The Messengers #3: Bob Dylan, J.Period remixes and re-invents Dylan’s music for the hip hop generation, while K’NAAN channels Dylan’s poetic voice with heartfelt and compelling lyrics. The result is an unprecedented and truly unique mixtape offering.

After the jump, you can watch the highlights from the duo’s South Africa stop of the world tour.