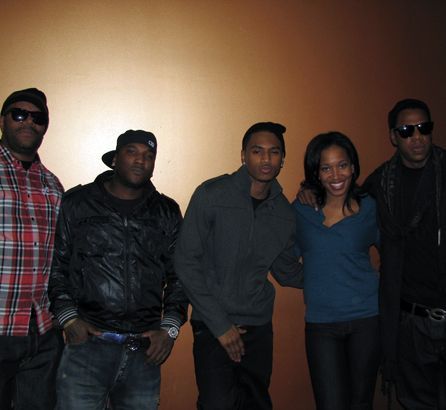 The 3 artists from the Blueprint 3 tour hit up New York’s Power 105.1 and talked about various topics.

Part 1: Runnin’ late, Da Snowman just walked in the building from an all night session with Swizz. Jay compares the good vibes to Hard Knock Life. A gang of touring questions.

Part 2: Hov is about do Garden for the eighth time. Trey gets his mack on. When’s Jeezy’s album coming? Jay and Jeezy explain “LeBron, Dwayne Wade” line. Trey’s criticism of R.Kelly.

Jigga said he may drop another album this year. Damn, for real? Also, check out the ‘On To The Next One’ video director Sam Brown talking to VIBE about the controversial video.