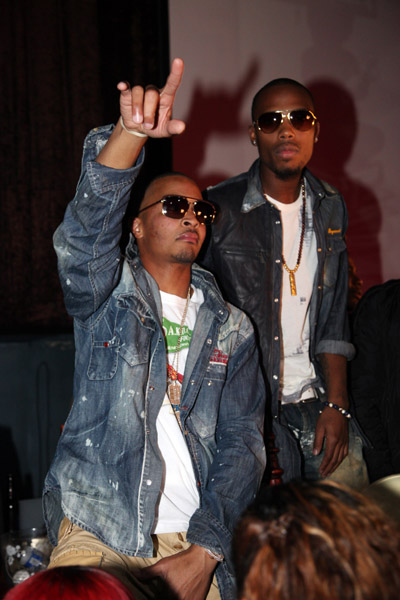 It feels like everybody is either recording or thinking of recording joint albums. HHDX asked Bobby Ray about the rumored collaborative album with his Grand Hustle boss T.I. called The Man & The Martian. Here are some of the details.

HipHopDX: Talk a bit about The Man and The Martian album that you and T.I. are reportedly working on…

B.o.B.: The Man and The Martian is something we’re talking about, an idea that we’re playing with. We just kinda wanna let it happen and record as we see fit.

DX: Your styles are vastly different from one another. Will the album be you and T.I. playing off of each other or more of you meeting in the middle?

B.o.B.: I feel like when me and [T.I.] get in the studio, we can organically make music and Tip actually co-produced one of the songs on my [The Adventures of Bobby Ray] album, “Fifth Dimension.” A lot of people don’t even know that, so I have a lot of confidence that we’ll show people just how close Earth and Mars are.

DX: When did you start talking about doing a collaborative album?

B.o.B.: It’s been something that’s always been in the air, but it’s kinda has to materialize at its own pace but I would be prepared to see some music coming from The Man and The Martian.