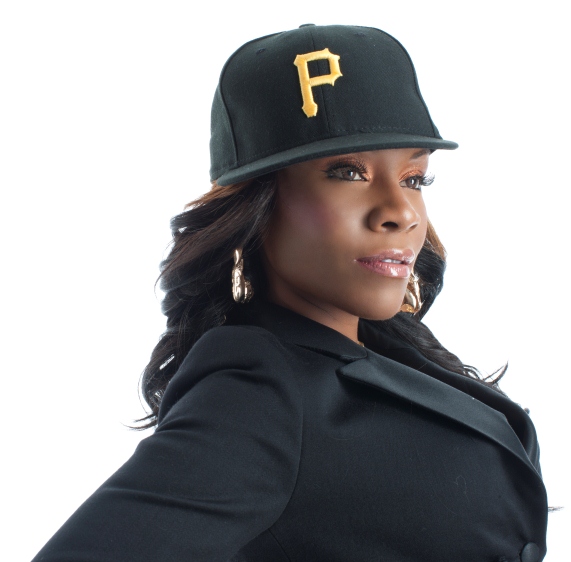 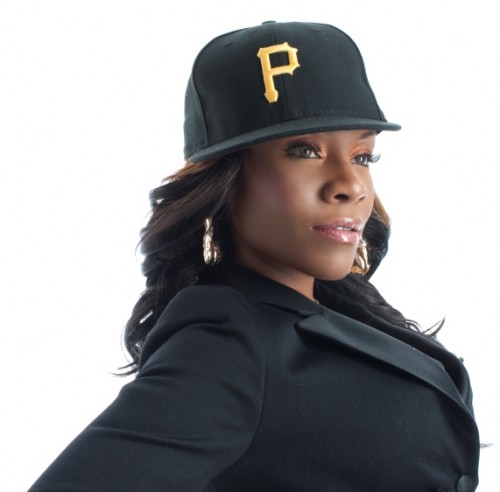 The name will sound familiar to you by now. Precious Paris, the newest member on 50 Cent’s G-Unit Records has made a mark for herself in a very short time. Her show stealing guest feature on ‘Queens‘ in December last year invoked a lot of interest amongst listeners. A couple of months later, she released her debut mixtape From Paris With Love with DJ Whoo Kid which definitely announced her arrival to the stage. The rapper who can also sing showcased both her talents on the project which featured her boss 50 Cent on 4 occasions and production from heavyweights like Havoc, Rockwilder, T-Minus and more.

Two days ago, I had the chance to speak to her on a lot of topics ranging from her inspiration, working with 50 on his upcoming album, influences, meaning of “Rida Gang”, her upcoming projects, 50’s plans with G-Unit 2.0, her top 5 MCs, someone she would really like to work with and more. Enjoy reading.

HHNM: Hey Precious, thanks for taking out the time to talk to us today.

HHNM: Let me start this by talking a bit about your background. You’ve had a rough childhood. What inspired you to fight back and make a career in rap?

Precious Paris: Umm.. I think the fear of failure. I knew I was really good at what I did as far as writing so I just put all my energy into it a 100% so that I could be successful and didn’t fall by the wayside.

HHNM: Great. Do you think it’s a good time for female MCs to make a mark in this male dominated industry?

Precious Paris: Yeah I think so. It’s been a long time since we had 5-6 girls at one time. It’s been too long. I think it’s the perfect time.

HHNM: Who are your influences when it comes to music?

HHNM:So tell me how you ended up on 50 Cent’s G-Unit Records. If I’m not wrong, your first work with him was ‘Kitty Kat’ off Terminate On Sight but we weren’t aware of that until now.

Precious Paris: Well he called me to do some hooks and songs for him but he told me he would try to push my career for me as an artist and female rapper. And he always watched me as I continued to work and then eventually one day he just called me and I was ready! I was still recording and I would send him songs and one day he called me to his office and offered me to become a part of G-Unit.

HHNM: You know I have been making this point on my Twitter and on the blog that you hardly like a new artist. You sound and appear polished. How does that come to you?

Precious Paris: Absolutely. I think you just hit the nail on the head. I think it came from watching my boss. All his pictures, his interviews, how he moved, how he performs in the studio, I just thought it was perfection. And I’m a perfectionist.

HHNM: That’s great. How is it working with him in the studio? Is it tough?

Precious Paris: No, it’s not tough at all. It’s pretty easy to work with 50 in the studio. But most of the times, I’m not even in the studio with him. I’m really just doing my own thing.

HHNM: Okay. And do the studio sessions involve a lot of Street King shots?

Precious Paris: (Laughs) Absolutely. I just had one too. And in the studio we drink those a lot.

HHNM: Cool! The chemistry on ’Queens’ track is pretty evident. It’s one of the fan favorites off his The Big 10 mixtape and also your From Paris With Love tape. Do you guys have more joint work coming up?

Precious Paris: Yeah, definitely. We have a few records coming up and they’re really hot too. I can’t wait for everybody to hear them. I feel this is just the beginning. I don’t think everybody really knows what I’m capable of yet and I’m really excited to put my work out there so I can go to the next level.

HHNM: Can’t wait. Did you work on his upcoming album as well?

Precious Paris: Umm..Yeah I should be on that album! We did some work for his album, yes.

HHNM: Are there any artists outside G-Unit that you have recently worked with?

Precious Paris: No, not yet. Everything is pretty much in house right now.

HHNM: Your debut mixtape ‘From Paris With Love’ has been well received by fans. I personally like it a lot. I thought you showed a lot of range. Are you happy with the response it has got so far?

Precious Paris: You know what, I’m very happy with the response. But I’m in a mind frame right now where I’m ready for the next thing. So I’m not getting too hyped about anything right now. I just want to work.

HHNM: I know that you have singing capabilities as well. Do you plan to take it seriously and maybe release a Rap/R&B project or are you sticking to choruses only?

Precious Paris: Well I mean I am capable of singing a whole song but I do plan to keep it street. You’re not gonna hear any ballads from me (laughs). It’s gonna be heart felt and something that people can relate to and also something that the hood can bop to.

HHNM: That sounds good. So what’s next for Precious Paris? Have you started thinking about your debut album or do you plan to build a stronger fan base for now and release more material?

Precious Paris: I’m thinking about a lot of things right now. I’m planning on releasing another mixtape. I’m also thinking about making sure I have an official album to drop. In a perfect world that would be around Chirstmas but for now, I just want to continue to put out good work.

Precious Paris: It’s just G-Unit reinvented. Just bring that whole feeling back of ’02. We just want to get that same energy back. Because I just feel like there was a void, music was going a certain way. I feel like everything comes back around and I feel this is the time for 2.0. We can really shake the ground.

HHNM: Yeah, that’s what I feel too. It’s not like G-Unit and 50 fell off. It was just a change in environment and the kind of music people listen to. And I think if 50 has talented artists like you, I’m sure G-Unit will be back on top.

Precious Paris: Yeah I mean this is my opportunity so I’m gonna go as hard as I could to make a difference and make some noise in the rap game. I guarantee you I’m not gonna sleep until that happens (smiles).

HHNM: That is nice to hear. Okay, this is a question asked by a few of our readers on Twitter and Facebook. What exactly is “Rida Gang”?

HHNM: Oh okay. So can you name your top 5 MCs of all time? Doesn’t have to be in order.

Precious Paris: Yes I can. Umm..MC Lyte. Oh I have to go for this a lil bit from a female’s perspective. Lauryn Hill, Biggie Smalls, 50 Cent and.. Tupac.

HHNM: Who is one person that you want to work with the most?

HHNM: You mean production wise or you would like to rap along with him?

HHNM: Cool. He has been working with a lot of upcoming artists so I’m sure he’ll spot you soon.

HHNM: So did you talk about a possible collaboration?

Precious Paris: No actually at that time I wasn’t signed to G-Unit. Nobody knew about my situation, I just kept it quiet.

HHNM: Good luck with that. So this is a question we ask everybody we interview here are Hip Hop N More: Prince or Michael Jackson and why?

Precious Paris: Oh I love this question! (Laughs). Micheal Jackson. Because I just don’t feel like when I walk into a room with Prince, I’m going to faint. But I knew if I walked into a room with Michael Jackson, I might have lost a few breaths. He was just out of this world.

HHNM: That’s a really nice and simple answer. Alright Precious, thanks a lot for chatting with us. It was great. I loved speaking to you.

Precious Paris: That was fun! (Laughs) Thank you so much.