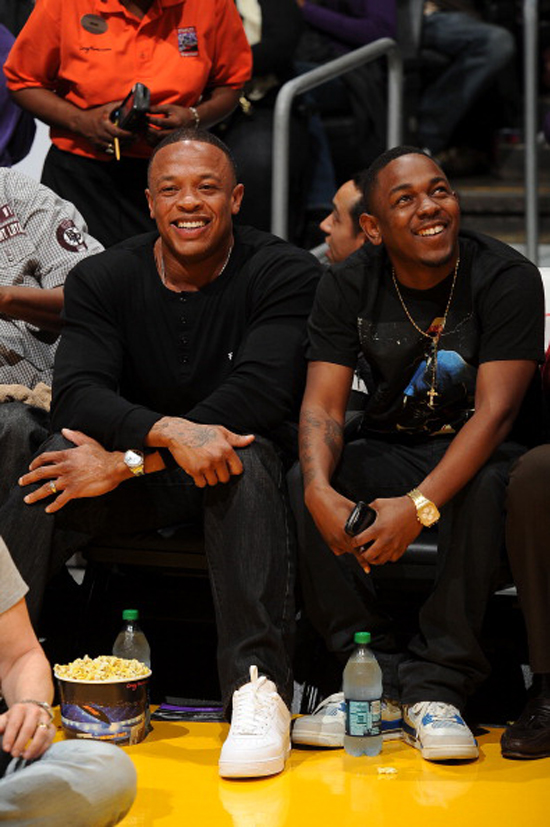 Kendrick stopped by Big Boy Neighborhood on Power 106 LA a few minutes back to premiere the new K. Dot single ‘The Recipe‘. The good doctor also called in. They introduced the song, revealed the previous title of the song ‘Women, Weed & Weather’ and spoke on the partnership.

UPDATE: Now with video after the jump.