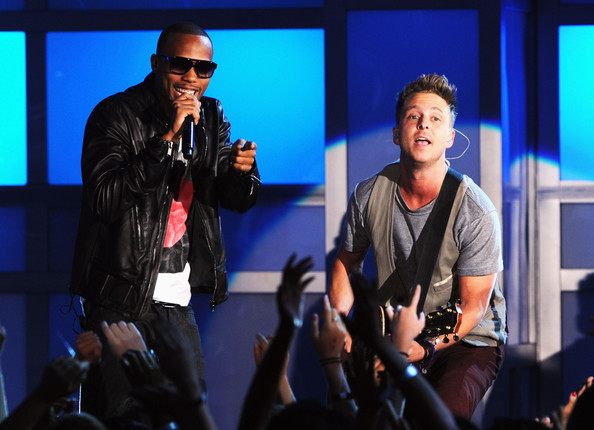 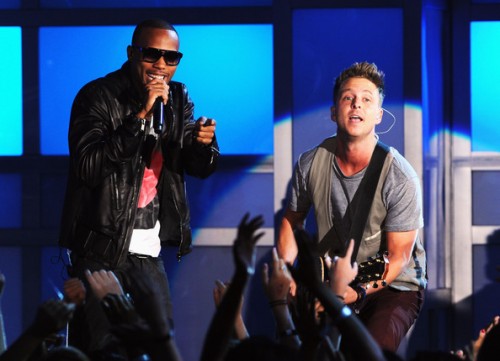 Just a while ago, I had a brief but candid chat with B.o.B aka Bobby Ray who is ready to release his sophomore LP Strange Clouds on May 1st.

During the interview, he discussed his collaboration with Morgan Freeman on the opening track ‘Bombs Away’, for the first time ever. He also revealed how he ended up working with Taylor Swift on ‘Both Of Us’, joint album with T.I., The Man & The Martian and his favorite track & collaboration on Strange Clouds. Right at the end, he has a special message for the haters who accuse him of making Top 40 friendly music.

HHNM: First off, congrats on the success of ‘So Good’. It’s already top 20 on the Billboard and still climbing. Did you make that song specifically to release it as a single?

B.o.B: Well, Ryan Tedder and I were just working in the studio and the hook just came on. We actually made a lot of songs together and this was one of the products. We were just sitting on that record for a while, we really didn’t know what to do with it. We just thought when the timing is right, we’ll drop it as a single.

HHNM: So the first track on Strange Clouds called ‘Bombs Away’ features Morgan Freeman. How exactly is he involved on the track?

B.o.B: You know the title of the song and the song itself has a very epic vibe to it. Like a sinister, medieval meets modern day kinda like a vibe so I felt like he will be perfect for narrating the track. It’s the intro and he’s narrating it.

HHNM: Definitely looking forward to hearing it. Taylor Swift brought you out at her show in Dallas in October last year and you two performed ‘Airplanes’ together. Now we see that you have collaborated with her on ‘Both Of Us’. How did you decide to do a song with her?

B.o.B: When I made the song, we were just thinking who’s gonna get on it and we were just talking like if Taylor Swift gets on it, it will be amazing. Next thing you know, I’m performing with her in Dallas. I played the song for her and she loved it. She definitely wanted to be a part of it.

HHNM: So did it require some convincing or she was ready for it?

B.o.B: Oh she immediately agreed. Like before first verse had even dropped, she was down and ready for it.

HHNM: Cool. And she’s working on a new album right now so can we expect you to return the favor?

HHNM: So she hasn’t called you yet ?

B.o.B: Oh no she hasn’t. But you know, we have a great song now so if she does, who knows.

HHNM: I know this maybe a hard one but what’s your absolute favorite track on the album? And your favorite collaboration.

HHNM: Yeah, you released that a few days back. It’s dope. Do you ever fear your album leaking? How worried are you right now about it?

B.o.B: Oh man, it’s something that I’ve really grown with and got accustomed to. You know it’s kinda like an inevitable thing. Once the album ships out, anything can happen.

HHNM: You and T.I. both have spoken a few times on your joint album The Man & The Martian. What’s the current status of the album?

B.o.B: You know what, we really haven’t discussed that much. We’ve recorded some songs already but we aren’t really concentrating on that right now. We want to put out our solo albums first.

HHNM: Alright. But that album is coming out for sure? Because you know how most of these joint albums never end up seeing the light of day.

HHNM: What will you say to the critics who accuse you of making top 40 friendly music?

HHNM: Ha. Alright B.o.B, thanks again for your time. It was short but I enjoyed speaking with you.

B.o.B: No problem man. I appreciate your time. Be on the lookout for Strange Clouds on May 1st. Thanks for the support.