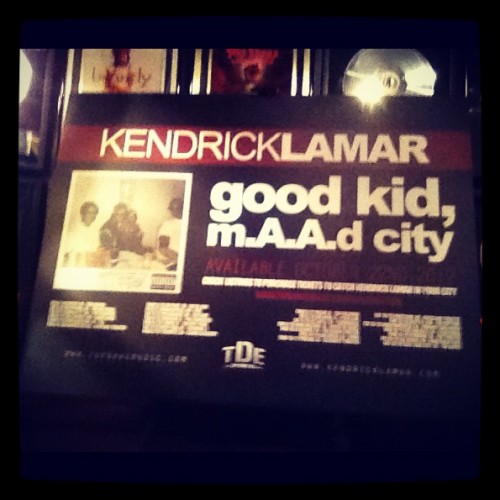 Four:
This one is aimed at the clubs we believe. The beat sounds a little similar to ‘Mercy’ but adds that West Coast feel with a lot of drums. Kendrick sounds different than usual and raps in a slightly higher pitched voice but definitely wouldn’t bother you. We noticed that the attendees in the room were rocking to this track on par with the Hit-Boy record.

Five:
Another track with street feel. The beat has that old school vibe to it and Kendrick attacks his rhymes as usual. This was definitely some classic music and featured another rapper whom we couldn’t quite figure out — but qualifies as a good contribution. This one’s for the hardcore Hip-Hop heads.

Six:
Number 6 is for all the smokers out there. The chorus is built on the words — “that’s just how I feel” and his vocal arrangement is harmonious as usual, something which was prevalent on almost all songs we heard. There was a feature on this track as well who was probably Jay Rock but we refrain from confirming that for sure.

Seven:
Kendrick closed out the session with the song most folks are hyped about. This was the Drake-featured ‘Poetic Justice’ with a Janet Jackson sample on deck. If we had to describe the sound in a few words, we would say a soulful, melow vibe with heavy bass and Kendrick delivering great bars again. Drizzy contributes with one, full impressive verse. This has hit written all over it.