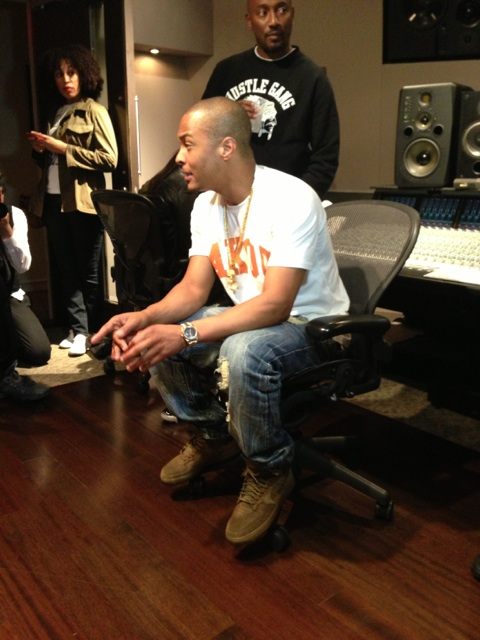 T.I. previewed his upcoming 8th studio album Trouble Man (December 18th) in NYC last night for a select audience. With wife Tiny, David Banner and comedian Lil Duval in attendance, Tip played about 12 tracks from the album which he called “vintage T.I.” with a mix of mainstream.

Kendrick Lamar, Cee-Lo, Andre 3000, B.o.B, R. Kelly and A$AP Rocky are some of the features who are set to make appearances while production is handled by No I.D., DJ Toomp, Pharrell, Jazze Pha (I’m excited to hear that) and more. 12 titles with features have been revealed, although Tip claimed the final track list is yet to ascertained. Peep them below.