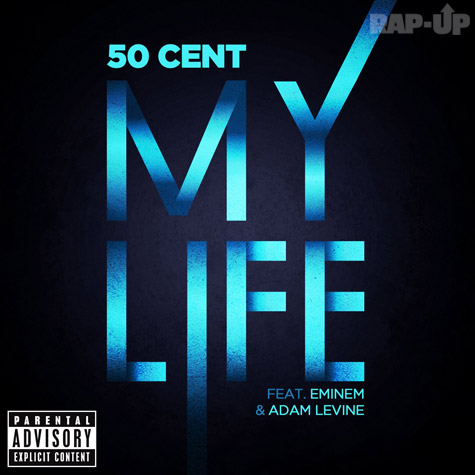 50 Cent will be teaming up with Eminem and Maroon 5’s lead singer Adam Levine on his new single ‘My Life’ which is set to hit iTunes on November 27th, following the debut of the song on The Voice on the previous day. The video has already been shot in Detroit by director Rich Lee. Up top is the artwork for the Symbolic One produced song, the latest from his upcoming album Street King Immortal which is now due in early 2013.