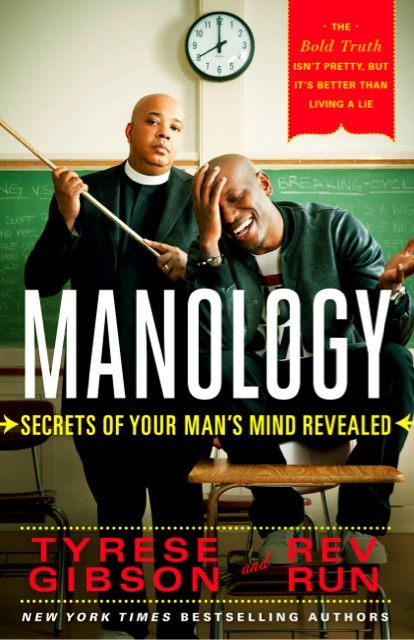 Tyrese and Rev Run have joined forces to write a new book titled Manology, based on relationship advice. Below is more info on the book which can be pre-ordered on iTunes or Amazon. Available on February 5th, 2013.

Tyrese Gibson and Rev Run of Run DMC fame have formed a lasting friendship in the unlikeliest of ways. After an unexpected argument—Rev Run insisted that marriage is forever, Tyrese pushed that you could bail when the sex went bad—the oddest of odd couples decided not just to agree to disagree, but to team up and open their debate to a larger audience. Even though they’re at different points in their journey, Rev Run is married with two kids and Tyrese is a single dad still hesitant to settle down, both have been around the block a few times.

Manology presents no-nonsense, easy-to-use, and unconventional love advice for both understanding and handling the man in every woman’s life. Their teachings include: avoiding the MAN-ipulation of a noncommittal male, why 20 percent of a man’s happiness in a relationship is based on fantastic sex, and shutting down a man’s cheating radar. With Rev Run’s humor and goodwill, and Tyrese’s straight talk and sex appeal, Manology speaks to any woman looking to finally take control of her love life and snag the man of her dreams.