Chris Brown & Frank Ocean Get Into Fight At LA Studio 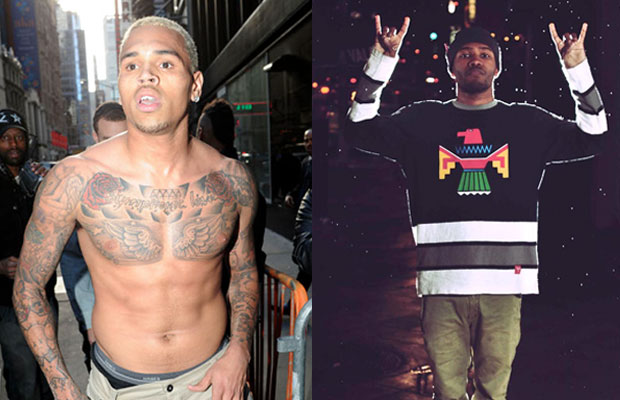 Here we go again. Chris Brown and Frank Ocean do not have a friendly past as the two were engaged in a war of words on Twitter two years ago. But they took their hate for each other to the next level tonight by getting into a brawl at a recording studio in Los Angeles.

TMZ reports that Chris was at the Westlake studio listening to one of his artists and as he proceeded outside to leave, Frank and his crew blocked him with Frank supposedly saying “This is my studio, this is my parking spot.” Chris then went ahead to shake his hand and that’s when the fight broke out. The authenticity of the details are still sketchy and Police is said to be on location handling the situation.

UPDATE 2: The New York Post reports that Frank Ocean wants to press charges. Hit the jump for the details.

got jumped by chris and a couple guys. lol. i only wish everest was there.

cut my finger now I can’t play w two hands at the grammys.

R&B singer Frank Ocean intends to press charges against bully boy Chris Brown for punching him and starting an all-out brawl outside Westlake Studios in West Hollywood on Sunday night.

Police want to talk to Brown, who is still on probation for beating up Rihanna on the eve of the 2009 Grammy Awards.

Ocean, who publically came out in July as a bisexual, is “desirous of prosecution,” L.A. Sheriff’s Office spokesman Steve Whitmore told The Post. “We’ll find out what happened.”