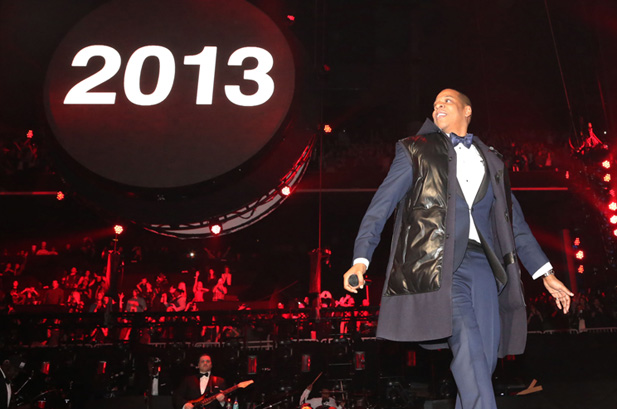 Coldplay took the stage at the Barclays Center at 10 pm last night to kick start the New Year celebration in Brooklyn. The band’s set lasted for nearly 80 minutes which was followed by Jay-Z appearing on stage at 11:59 pm and performing ‘Auld Lang Syne’ with lead singer Chris martin. After celebrating 2013, Hov then began his 25 song which kicked off with ‘Run This Town’.

It was then no looking back for the legendary emcee as he performed some of the biggest hits of his career. In the words of Hov:

“I want to thank you. You could have been anywhere in the world tonight. but you’re here in the m***fu**kin’ Barclays Center”.

He closed the show with the following inspiring words to the crowd around half past 1 (as reported by Billboard):

Watch footage from the show after the break.