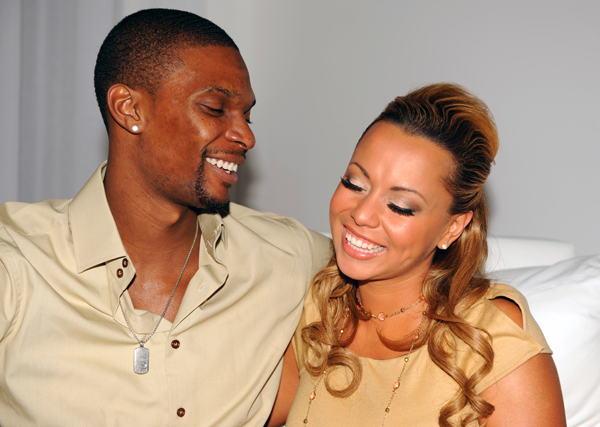 Oh Wayne. At a Beats By Dre party during the All-Star weekend in Houston, Weezy headlined anti NBA and Miami Heat chats for the crowd, claiming that he was banned by them from all of their games. That’s not all, he also called himself the new Pac and claimed that he had smashed Chris Bosh’s wife (pictured above). We don’t think this will end to well.