After fragrance, a clothing line in the making and American Idol gig, Nicki Minaj is set to become a comics star. She has partnered with Bluewater Comics for a special edition of their “Fame” series, written by Michael Troy and drawn by Jill Lamarina.

Fame: Nicki Minaj traces one of the biggest pop sensations of this decade from her Caribbean roots through her upbringing in Queens, New York and into a career as a pop diva who has teamed up with all the mega-stars like Justin Bieber, Madonna and Britney Spears.

The comic is available in Standard and Superhero Covers at Comic flea Market for #3.99 while digital copies can be downloaded for $1.99 from iTunes, Amazon, Barnes and Noble, Kobo, ComiXology, Google Books and more outlets. More images from the inside after the jump. 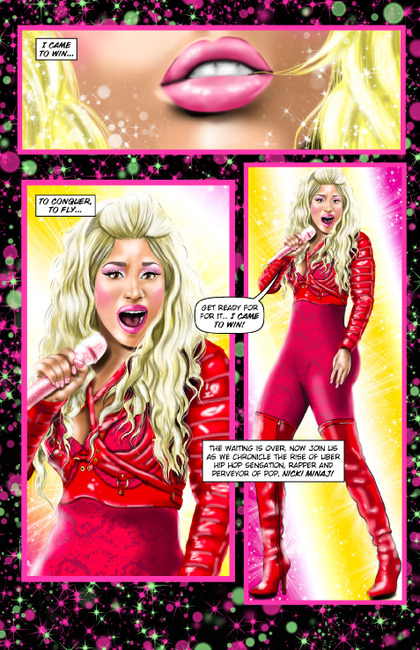 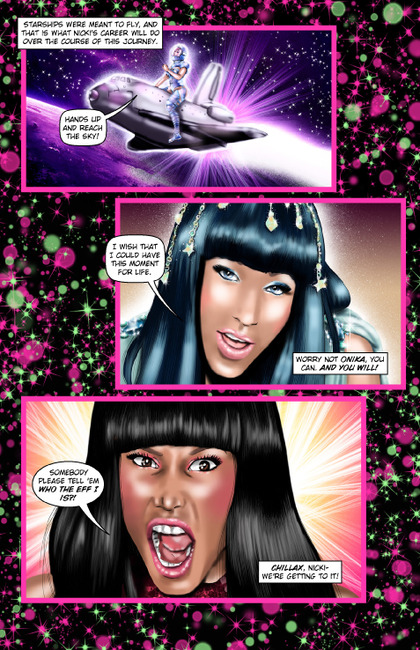 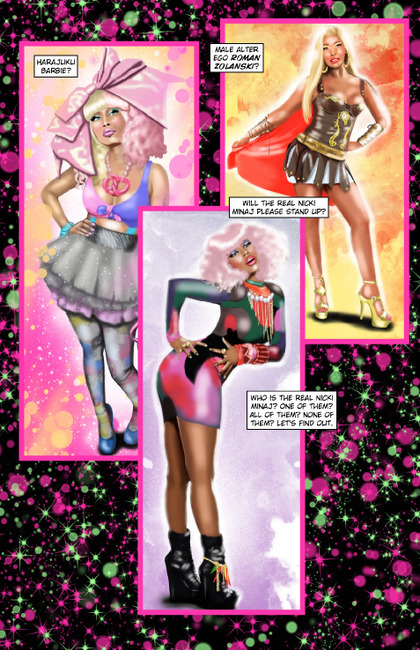