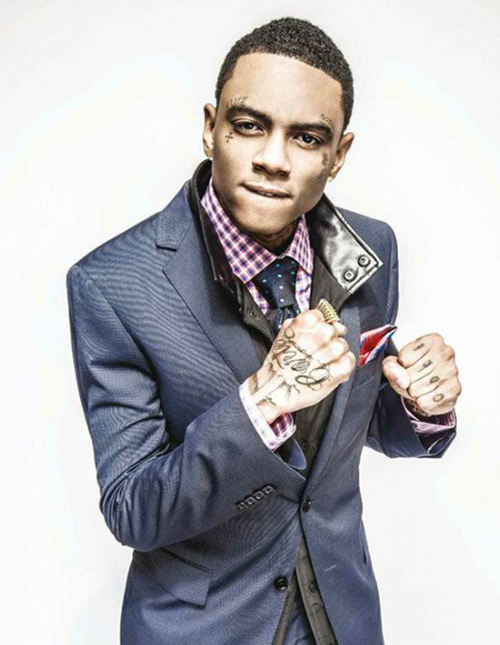 If you didn’t believe Wayne when he said that Soulja Boy is on his new album I Am Not A Human Being II, now you will. DeAndre chatted with Complex and confirmed that he’s got a feature on the album as well as another song that he produced.

What’s happening next with your music?
Well, I record everyday. I’m in the studio everyday. Next month, you got Lil Wayne’s I Am Not A Human Being 2. I made that album, as far as production.

You’re producing on Lil Wayne’s album?
Yeah, I made a couple beats on that album. The paperwork’s already done. I made the album. I’ve been paid for it. It’s going to be dope once that record releases. I got a feature on there, me and Wayne rapping on one song. And then I got a beat on there that I produced, that they paid me for. Then I produced a couple joints for Wiz. After that, I’m looking to drop USA Dre in March 2013.

Soulja also addressed the rumors that he’s been dropped from Interscope since he’s no longer on their official website. He doesn’t confirm or deny clearly but does admit that his original contract is over.

What’s your relationship like with Interscope, as an artist? Because you said you’ve sold singles to them. Are you technically not on the roster?
My relationship with Interscope right now is like, they’re waiting for me to come up with something crazy. They’re waiting for me to come up with a new single. Or—the way I always do it—I come to them and I present a project to them and we do the paperwork. I’m in a position right now where I can go do whatever I want to do. I can go and sell them an album. I could go and sell them a single. Or I could damn near release an album independently and get however much money I want to get off of it. I’m kind of like a young CEO businessman, like when Jay-Z was doing Rocafella. So right now, I’m in a nice position. I just got to play my cards right.