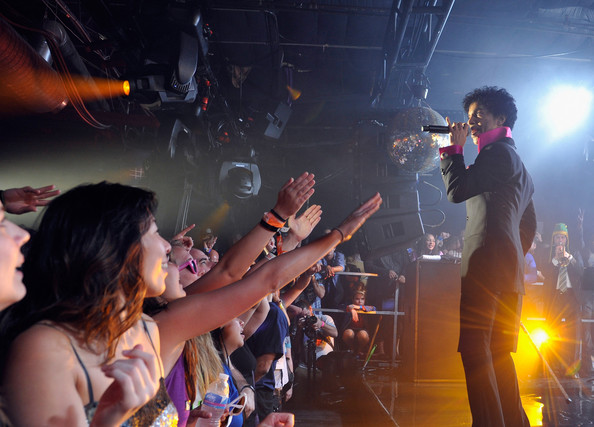 “Austin, don’t let me hurt you. You know how many hits I got?”

As expected, Prince came to Austin and made headlines. The legendary musician performed at Samsung’s #TheNextBigThing concert last night at La Zona Rosa for the SXSW Grand finale which was opened by A Tribe Called Quest. Backed by a 12 piece band, Prince performed a 2 and a half hour set where he neither played his guitar nor any of the new singles but instead opted to play some classics, which included lesser known songs like ‘Something in the Water (Does Not Compute)’.

The intimate set was played for some 300 people only and before he hit the stage, organizers warned the audience repeatedly against using their cellphones during the performance. The Funk-filled set included 5 or 6 encores where he played some covers like Curtis Mayfield’s ‘We’re a Winner’, Aretha Franklin’s ‘I Never Loved a Man the Way I Love You,’ James Brown’s ‘I Don’t Want Nobody to Give Me Nothing (Open Up the Door, I’ll Get It Myself) ( Part 1)’ Michael Jackson’s ‘Don’t Stop Til You Get Enough,’ Janet’s ‘What Have You Done For Me Lately’ and the Jackson 5’s ‘Dancing Machine’.

Watch a few clips plus more photos from his epic concert after the break. 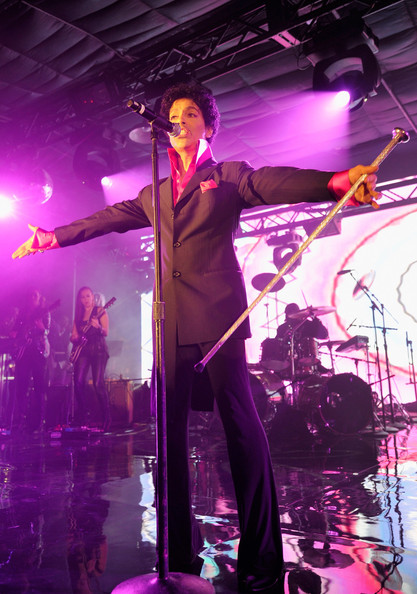