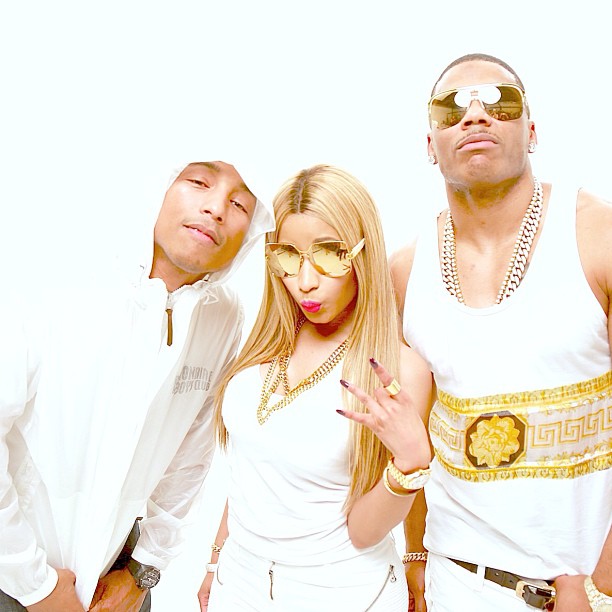 Nelly is prepping the release of his 7th studio album M.O. with ‘Get Like Me‘ featuring Nicki Minaj and Pharrell being the latest single. The three recently shot a video for the smooth cut as you can see from the photo above.

On the red carpet of the BET Awards last weekend, Nelly revealed to HH Wired that the song was created a year ago and that Pharrell has produced a few more songs on his album. He also announced that it will land in stores on September 30th.