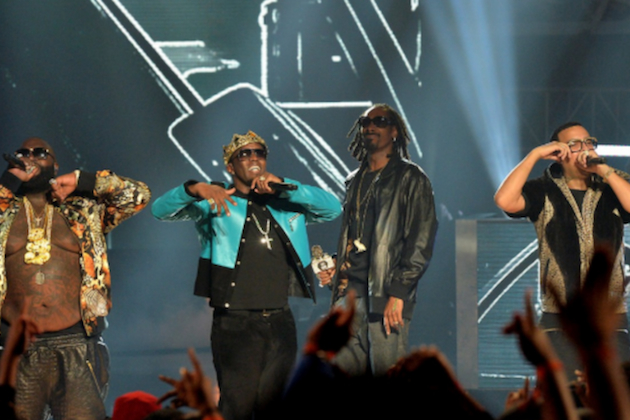 The 2013 BET Hip Hop Awards are finally upon us. With Snoop hosting this year’s award show, we have a bunch of great performances expected to go down. Some of which include Meek Mill, Kendrick Lamar, Future, Bone Thugs-N-Harmony, French Montana, Rick Ross, Diddy, 2 Chainz, ScHoolboy Q and plenty more. First up to bat is Meek Mill where the Philly emcee performs his popular intro track for Dreams & Nightmares as well as his new hit ‘Levels’. We’ll update this post as each performance becomes available.

UPDATE 2: Future, Rick Ross and DJ Khaled are next to bat. ‘Honest’, ‘No Games’ and ‘I Wanna Be With You’ were performed.

UPDATE 5: The rest of the performances are posted below. They include Yo Gotti, Rocko Da Don, Rich Homie Quan and Bone Thugs-N-Harmony.