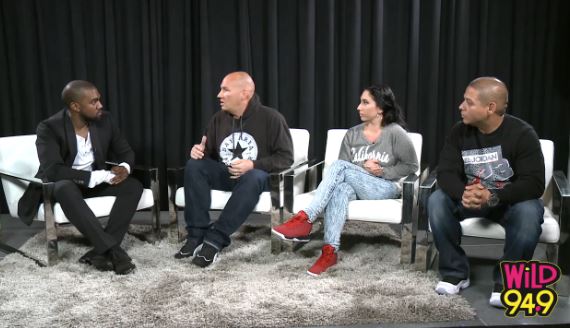 Kanye doesn’t do many interviews so it was quite surprising when he decided to make an appearance on San Francisco’s Wild 94.9 The JV Show. During the chat with the hosts, ‘Ye explained the reason why he brought an actor dressed as Jesus to the stage at his Yeezus tour kickoff in Seattle.

Kanye also dismissed the Illuminati talk, addressed the difference between a white Jesus and black Jesus, people restricting themselves from creating what they really want, the corporate world and more. Watch the full interview after the jump.

In related news, Kim and Kanye are officially engaged.