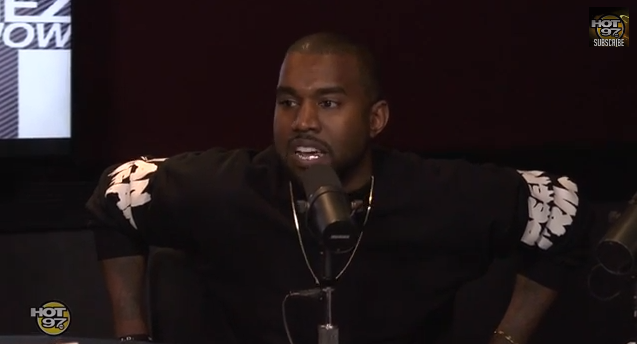 Kanye’s giving all of his critics exactly what they want by continuing this strong radio press run he’s been on. While we’re anxiously awaiting his interview with The Breakfast Club tomorrow morning, Ye sits down with “the other station”, as Hot 97 and Power 105.1 like to refer to each other as.

Yeezy and Angie Martinez discuss Ye’s passion to become “the 2 Pac of product”, by taking over the fashion industry. Ye also lets out his frustrations about Nike and kind of announces his new partnership with Adidas too. Yeezy said, “I’m gonna become the first hip-hop designer, and because of that….I’m gonna be bigger than Wal-Mart”. You gotta love the quotes.

Watch the 4 minute clip after the jump.

UPDATE: Kim was also in attendance for Ye’s sit down with Angie. Kanye talks about meeting Kim for the first time, North West and being a father, and more. Watch it below.