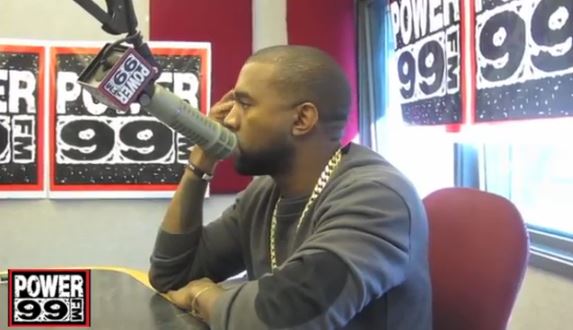 Kanye West did an interview with Power 99 in Philly last week but only a part of it was available until now. In the newly released portion from the sit down, we can watch Kanye speak on plans for his next album, Cruel Winter and Watch The Throne 2.

‘Ye says that he keeps going back and forth on idea of Cruel Winter so it is not ruled out yet. Regarding Watch The Throne, he claims that they are constantly working but haven’t recorded any specific songs for it yet. Kanye also confirms that he’s back in the studio working on the Yeezus follow up which he’s aiming to put out next Summer.

When asked about his creativity, Kanye told the hosts that he writes “creative genius” in the occupation column when passing through customs. Kanye being Kanye.