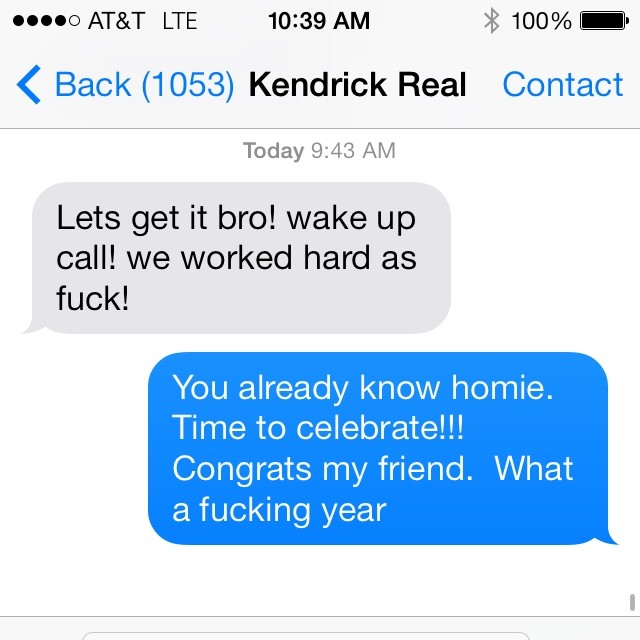 The hottest debate among the Rap fans before tonight’s Grammy ceremony was whether Macklemore or Kendrick Lamar would come out victorious at the end. It the was former along with partner Ryan Lewis who won 4 awards including Best New Artist overall and Rap Album for The Heist.

Following the show, Macklemore sent a text to Kendrick, congratulating him and honoring his phenomenal album good kid, m.A.A. d city. Above is the screenshot of the same he revealed for the fans to see. Below is the public message he wrote on his Instagram:

My text to Kendrick after the show. He deserved best rap album… I’m honored and completely blown away to win anything much less 4 Grammys. But in that category, he should have won IMO. And that’s taking nothing away from The Heist. Just giving GKMC it’s proper respect.. With that being said, thank you to the fans. You’re the reason we were on that stage tonight. And to play Same Love on that platform was a career highlight. The greatest honor of all. That’s what this is about. Progress and art. Thank you. #grammys

After the break is another text message he sent to K. Dot before the Grammys this morning.