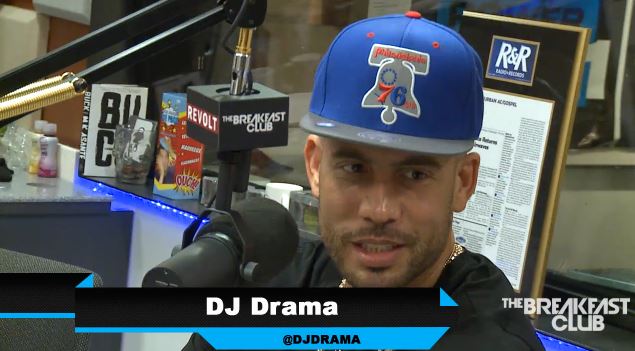 DJ Drama was the guest today morning on The Breakfast Club but things took an unexpected turn. Up til the first 8 and a half minutes, only Charlamagne and Angela Yee were asking Drama questions about his brand, his role at Atlantic Records, who he wants to do the next Gangsta Grillz tape with (Drake) and more.

Charlamagne then discovered that Envy was not involved in the interview at all and when asked, Envy first denied that something was wrong but later aired out his problems with Drama openly (12:30 mark). The problem stems from the time when Drama was supposed to do a Gangsta Grillz mixtape with The Breakfast Club after Envy left Hot 97 but later backed out due to New York radio stations beef with Hot 97. After exchange of a few words, the two settle their differences.