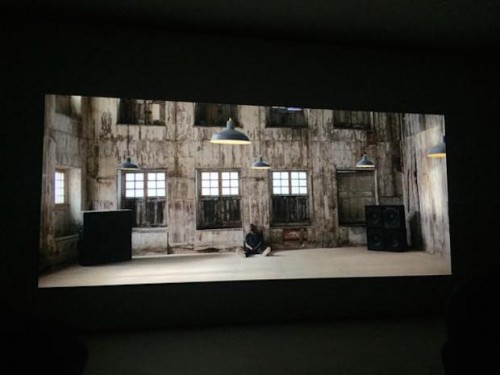 Earlier tonight, Kanye West kicked off the first night of his four-night Paris residency where he debuted the music video for his latest So Help Me God single ‘All Day’ directed by Steve McQueen (12 Years A Slave).

The audience were surprised to hear a slightly different version of the song in the video clip with added vocal bits from ‘Ye. The video itself has him rapping alone in an abandoned warehouse at an unkown location. Thankfully, a Twitter user was able to catch a glimpse and shoot a couple of clips. Watch them below.

UPDATE: We’re in luck as a user in the audience was able to record the full video on his/her camera. Watch it as soon as possible before it possibly gets taken down.