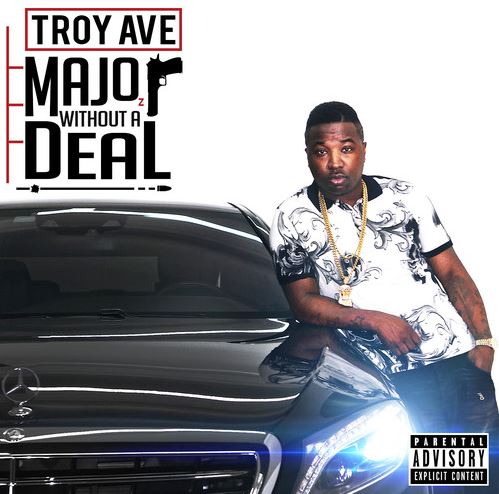 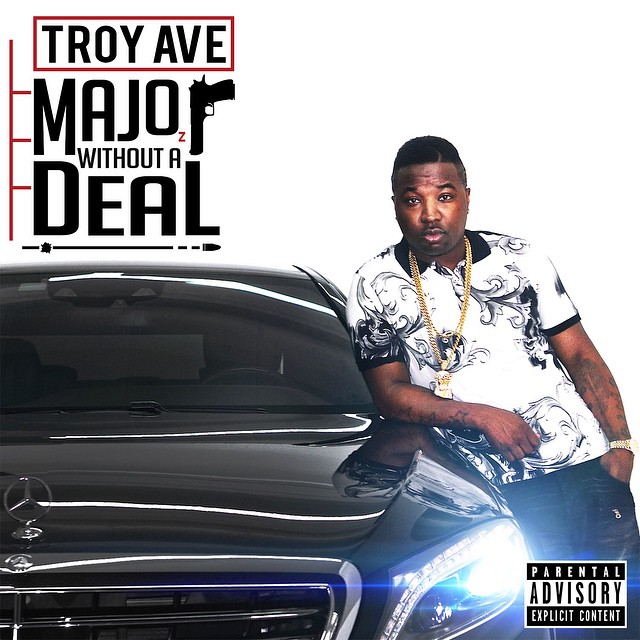 After numerous mixtapes over the past few years, Troy Ave is finally ready to release what is being called his official debut album — Major Without A Deal.

This will be his first proper retail release after New York City: The Album which came out in late 2013 and will be out June 9th though BSB Records/Empire Distribution. The album is set to feature some major New York artists in addition to Jeezy & Rick Ross (‘All About The Money’ remix) and some of his BSB labelmates.

For now, here’s the exclusive look at the artwork for the album which you can pre-order on Best Buy right now.

UPDATE 2: Here’s the official back cover artwork which also features production credits and in a nice surprise, a 50 Cent feature on track 6. 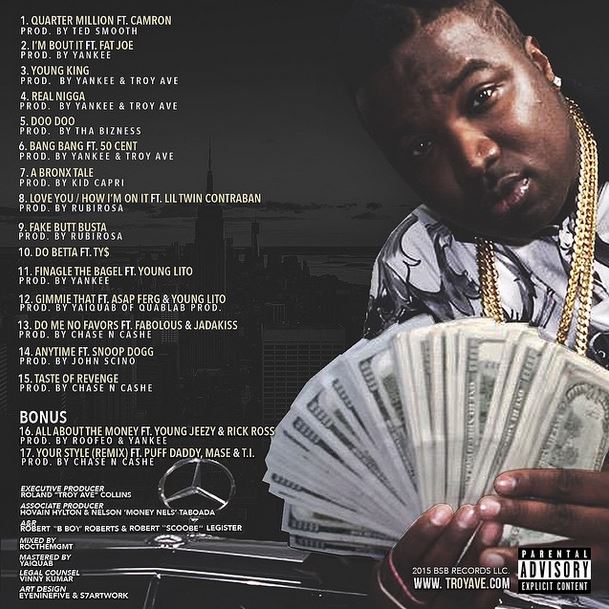