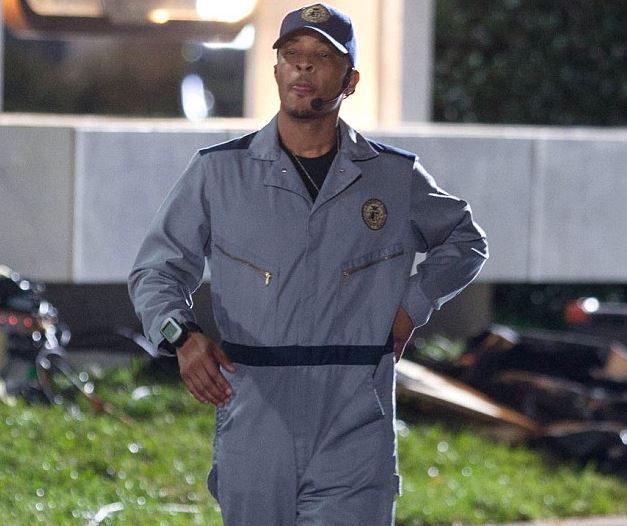 T.I. is currently on a very short break from music as he promotes the new Marvel film Ant-Man. The rapper/actor plays the role of Dave, who along with Paul Rudd’s Scott Lang, Michael Peña’s Luis and David Dastmalchian’s Kurt, plan a heist that will change their lives forever.

The movie hit theaters this Friday and in an interview with Movieweb, Tip discussed his role in the film, whether he wants to score music for films, wanting to a romantic film and his upcoming 10th studio album The Dime Trap.

It seems like T.I has now changed the title of the album from Trap Opens to The Dime Trap. Read below for more details.

Is there anything else you have on the music front that you can talk about?

T.I.: My tenth album, The Dime Trap, I’m working on it. I just released the first teaser from it yesterday and it’s going to be an extension or a continuation of the vibe from Trap Muzik. I feel like, when you’ve done hits like “Whatever You Like” and “Dead and Gone,” when you do those mainstream kind of “Blurred Lines”-ish kind of records, you don’t go and try to top “Blurred Lines.” You just come to a whole new element, bring it back down and build the process back over again. I’m breaking it all down, back to the element of where my music first began to interest people, and build it all over again.

Given the state of the industry right now, what are the challenges you face in your career?

T.I.: It’s less exposure and more competition. It’s more people fighting for a smaller pie now. I don’t mind, because my hand was already in it. You’ll be hard pressed to pull my hand out of there, but it’s almost like, when you have an amount of time you must invest in a project, time away from home, away from family, the amount of risky situations and environments one must frequent in order to maximize potential, once you really, really estimate these things, it’s like, ‘OK, where is my time better invested? Here, where I could easily be stabbed, shot, arrested or not paid as much as I deserve, or somewhere less problematic and rewarding?’ That’s why T.I. & Tiny: The Family Hustle is a safe platform. When I say safe, I mean physically safe. Safe from trouble, safe from liability, and my cast mates, I kind of love working around them already. It just gives me an opportunity to step back, and while everyone is racing for that same pot that I’ve already had my hand in, I can develop new streams in other places, so one day, I can just completely take my hand out of that pot and let them fight for it.