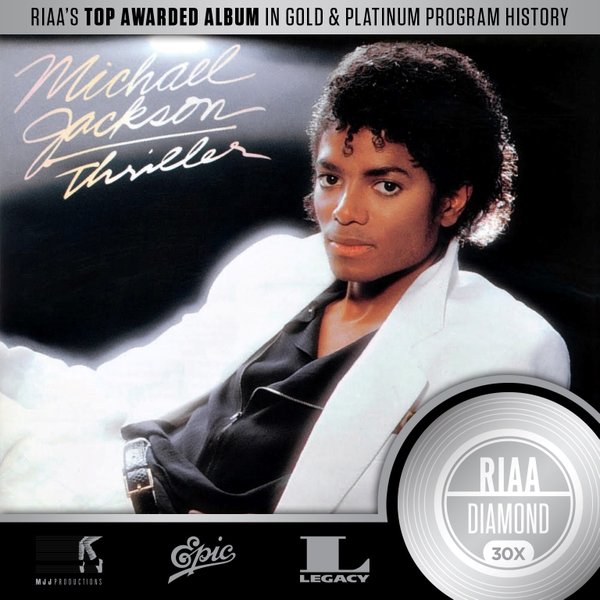 Michael Jackson may not be alive but his reign in the music world continues.

Today, the RIAA has announced that his album Thriller has become the first in history of music to be certified 30 times platinum in the U.S.

MJ continues to be the best selling artist of all time with over 100 million sales for Thriller worldwide and 1 billion total sales to his name. The album, which released on November 30, 1982, spent nearly 2 & half years on the Billboard album chart with 37 weeks at No. 1.

RIAA chairman and CEO Cary Sherman said in a statement:

“RIAA has awarded Gold & Platinum records on behalf of the music business for nearly 60 years, but this is the first time an artist has crossed the 30X multi-Platinum plateau. We are honored to celebrate the unique status of Thriller in Gold & Platinum history. What an exceptional achievement and testament to Thriller’s enduring spot in our hearts and musical history.”