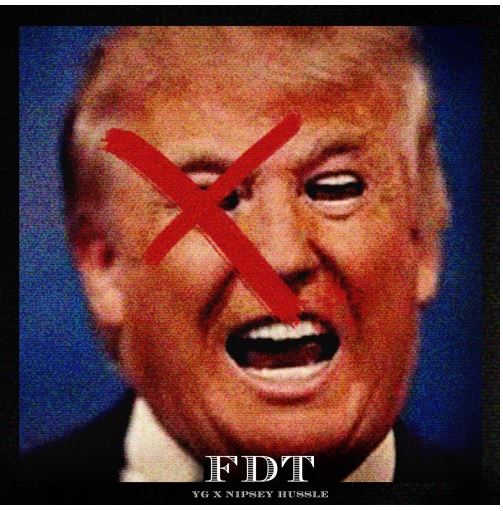 A lot of people across the world are unhappy with Presidential candidate Donald Trump and his attitude, especially towards minorities.

YG and Nipsey Hussle take it to the next level by releasing an actual diss song named ‘F*ck Donald Trump’ where they express how he’s going to ruin the world if he gets elected. We agree. Stream the song below which has grimey West Coast production from DJ Swish.