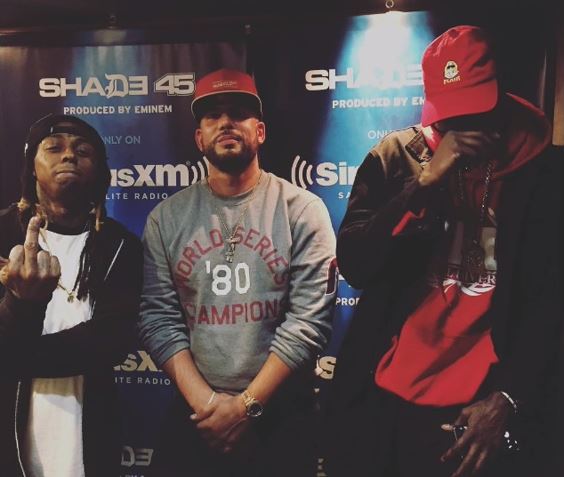 UPDATE: In a new part of the interview, Lil Wayne tells some never-before-heard details about when Jay Z wanted to sign him back in the day. He mentions that he was offered $175k.

Lil Wayne and 2 Chainz recently stopped by Shade 45 studios on the Streetz Is Watching show to chat with DJ Drama and his co-host Sarah Vivan.

The duo were mainly on the show to promote their newly released album Collegrove. They spoke on the project, meaning behind the name, what they plan to do with songs that did not make the cut, their TIDAL show at The Tabernacle and more.

Weezy then spoke on the various Samsung commercials he’s starred in recently, creating his Young Money Sports company, the Dedication mixtape series with Drama, new generation of rappers and more.

At the 35:40 mark, they begin to talk about the future projects with Weezy and Drama confirming that they are working on the 6th installment of the Dedication mixtape series. The duo also drop a hint that they might release it as an album this time instead of a mixtape. Now that will be interesting.