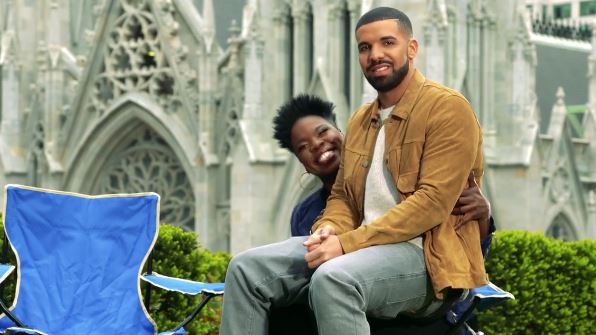 As we reported earlier, Drake will serve as the host and musical guest on Saturday Night Live on May 14th in promotion of his latest album Views.

Today, the network has released the first promo spot featuring Drake and Leslie Jones where the latter literally objectifies the Toronto rapper. It is surely entertaining for the laughs. Watch it below.