Kid Cudi Responds To Drake; “I Wanna See You Say It To My Face” 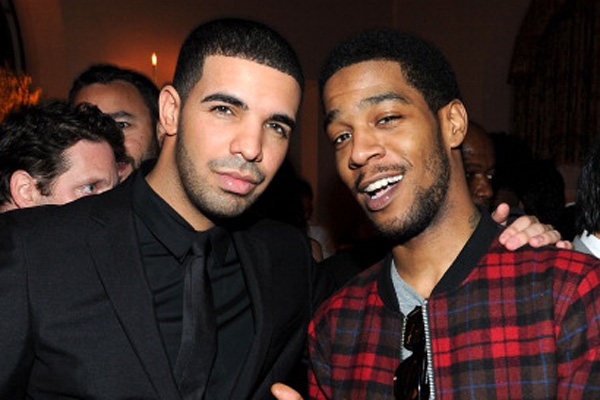 We all know by now that Drake took shots at Kid Cudi on ‘Two Birds One Stone‘ and the whole situation split Hip-Hop fans in two, with some feeling he crossed the line and others arguing, claiming that there are no rules in disses. We heard from Cudi’s manager, who called Drake “corny as f*ck” for the shots but here’s the response from the man himself.

Cudi took to Twitter just moments ago to call Drake a “p*ssy” and asked him to say it to his face, following that up with the promise that he will be out of rehab soon. Uh oh. 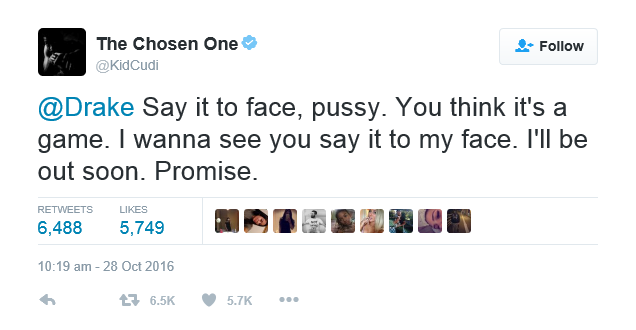