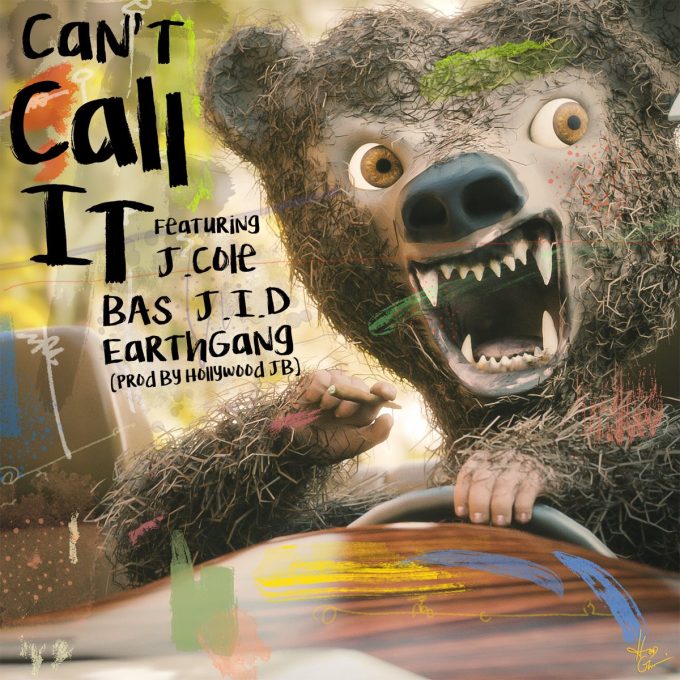 In case you don’t know the history behind J. Cole’s ‘Jermaine’s Interlude‘ from DJ Khaled’s Major Key album, the song originally belonged to Spillage Village — an Atlanta based collective made of JB, EarthGang, and J.I.D. These guys have had a long standing relationship with artists on the Dreamville roster stemming from touring together and other collaborations.

The song ‘Can’t Call It’ was supposed to be a Spillage Village posse cut with Bas featured on it but when Cole heard the instrumental, he loved it so much that he wanted to be a part of it as well. Later, all verses were removed and J. Cole’s solo portion made the cut on Khaled’s album as ‘Jermaine’s Interlude’ which became an instant fan favorite. But fans hoped that one day, the full Dreamville/Spillage Village posse record will see the light of day and it has happened indeed.

Spillage Village and Dreamville have now released the full, 6 minute long track for our listening pleasure, which will appear on their upcoming full length project, Bears Like This To Much.

Preview the song/buy the mp3 on Amazon now. It will be available on other services later today (November 8). Update: it’s now available on Tidal and Apple Music as well.