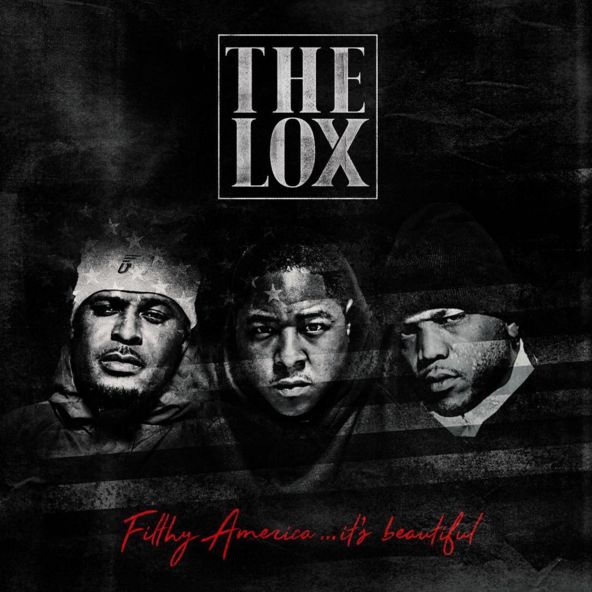 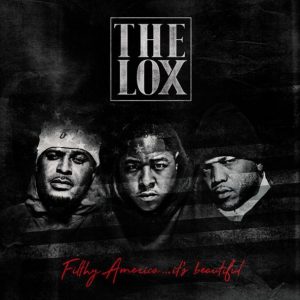 Growing up and growing apart are things you’ll begin to experience in life once you reach your mid-twenties. You begin to see the flaws in some of the people you call your friends and it can be a sad realization. You start to distance yourself because you can tell you’re growing apart and to tell someone is a difficult task. You’ll see that person occasionally and play the catch up game with all of the usual questions: how are you, what are you doing these days, let’s hang out sometime soon. Let’s face it, you’re not going to hang out with them but it’s always nice to catch up with someone from your past. It brings back memories from your youth.

Reminiscing is fun and this is what happened for many in their late-twenties and early-thirties when it was announced that The Lox were signing to Roc Nation just weeks ago. With that announcement came anticipation for the first group album from Jadakiss, Sheek Louch, and Styles P in nearly 17 years. Filthy America…It’s Beautiful is a short conversation between old friends as it comes in with 12 tracks, two of them being unnecessary skits (“Stupid Questions” at the beginning and “Bag Allegiance” at the end). The length of the project is commendable. Most old school artists will release albums with 16-19 songs and that doesn’t work with our attention spans being the way they are today.

“Omen” starts us off with haunting synths before 808 drums come out to give you a jump scare that you weren’t expecting. Sheek begins the verse with some of his best bars in a long time: “Should I let it ride or make a n***a die/ let him see his kids or let his soul fly”. This is a great way to begin an album that wasn’t expected and it’s too bad they don’t follow this blueprint the rest of the way. The aforementioned “Stupid Questions” makes things bloated and the attempt at humor falls flat unless you’re a die hard fan of The Lox. We really get to play catch up with the group on “What Else You Need To Know” while “The Family” sounds like vintage Lox at their finest. Outside of the skit, the front of the album flows nicely and shows each member’s growth individually (Styles mentions going from selling cocaine to owning juice stores on “What Else You Need To Know”).

Where Filthy America…It’s Beautiful begins to falter is when the group tries to tackles sounds from the current era. You know that one uncle in your family who’s in his 40s but still thinks he can play ball like he’s in his 20s? “The Agreement” and “Secure The Bag” are the audio versions of that statement. These two tracks reek of someone wanting to be hip when they’re not. On “The Agreement” you hear Fetty Wap crooning with Dyce Payne on the hook as The Lox do what they can to serenade women. Jadakiss’ verse on this record is the only one that doesn’t sound forced. “Secure The Bag” ends the album and this is one song you’ll want to skip. DJ Khaled appears out of nowhere at the beginning screaming about securing the bag and how you shouldn’t “play yourself” while the hook becomes a nuisance with it’s mundane performance. This song is the epitome of what a forced record sounds like and ultimately could have been left off of the album.

When The Lox stay in their lane, the project sounds better. “Hard Life” sounds like that gritty New York sound people say they miss and it even made me want to hear a new Mobb Deep album as they sounded fantastic alongside Sheek, Styles, and Jada. It can be fun to catch up with old friends but in reality you won’t hang out with them again. That’s what Filthy America…It’s Beautiful is for hip-hop. While it’s nice to hear from The Lox once more, we have no intention to shoot them a text and ask when they’re free for lunch to catch up again.