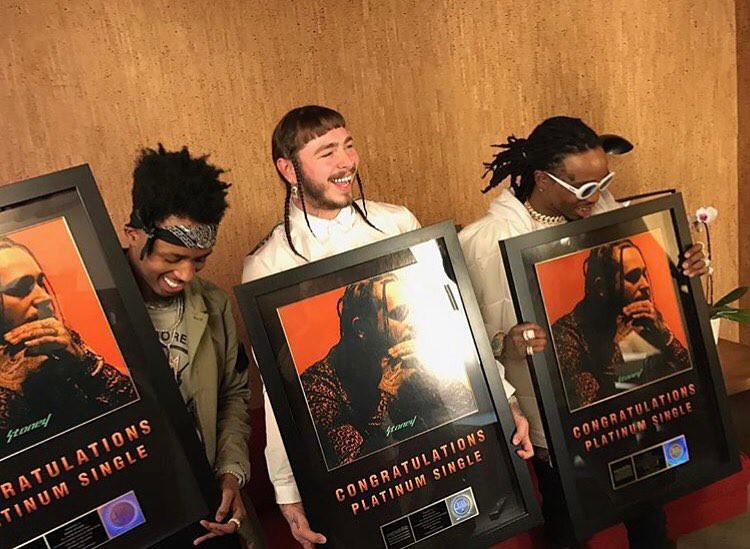 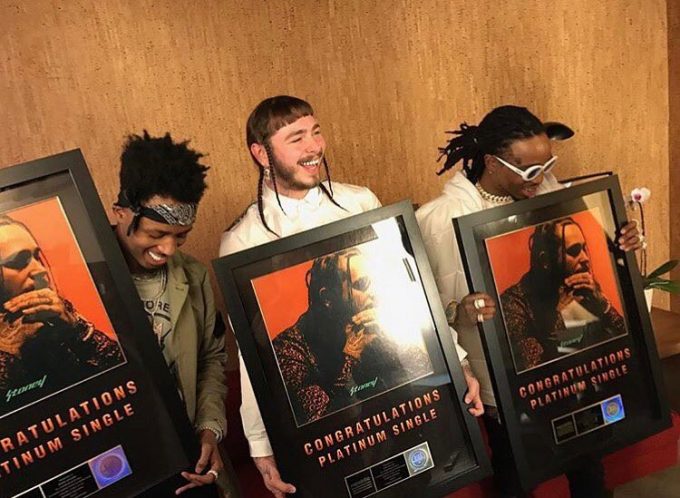 Post Malone’s debut album Stoney didn’t get the credit it deserved but at least it’s spawning some hits. His single ‘Congratulations‘ featuring Quavo has been one of those slow burners on the charts. It’s only several months after its initial release that it is approaching top 30 on the Billboard Hot 100.

Today, Posty announced that the song has now been certified Platinum by the RIAA for moving in excess of 1 million copies.

To celebrate the moment, the versatile artist has also shared the artwork for his upcoming project Beerbongs & Bentleys. He first revealed the project back in December. There is no word on the release date yet. Post will take the stage on Late Night with Seth Meyers tonight along with Metro Boomin and Quavo to perform ‘Congratulations’. Stay tuned for that footage.