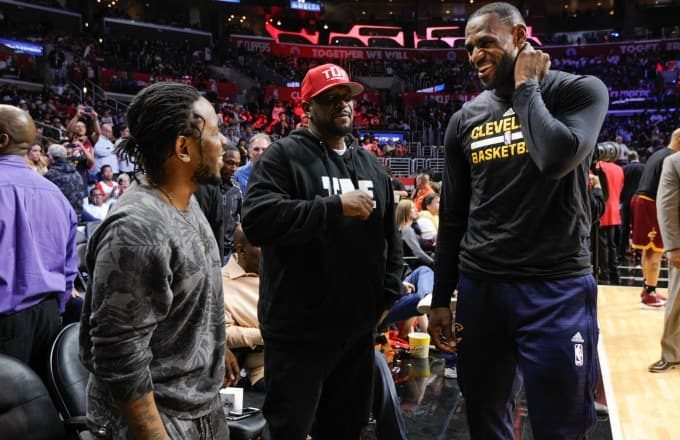 Everybody wishes they were LeBron James. Not only is he one of the greatest ballers of all time, King James also has connections with the hottest artists in the game — Kendrick Lamar included.

If you remember, LeBron was the one who encouraged Kendrick to put out a project full of throwaways and demos which resulted in K.Dot’s Untitled Unmastered project last year. Now it looks like he also has pre-access to one of the most anticipated albums in music this year — Kendrick Lamar’s DAMN. which hits stores later tonight (April 13) across all platforms.

LeBron took to his Instagram to preview songs from the album and they sure sound great. “Last LP I tried to uplift the Black artist/But there’s a difference between Black artist and wack artist,” raps the TDE artist on one the snippets. Thankfully because of the internet, you can replay everything he played below.