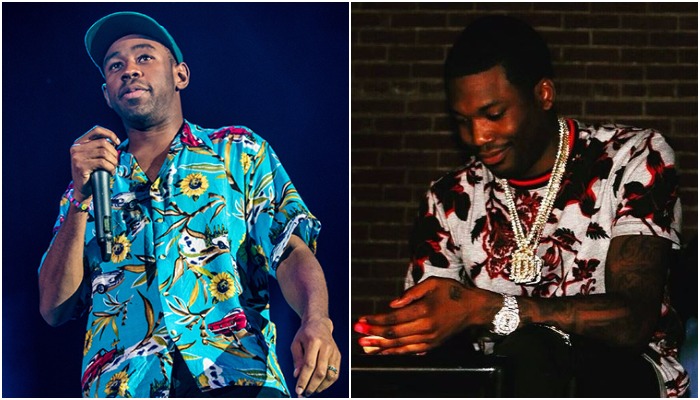 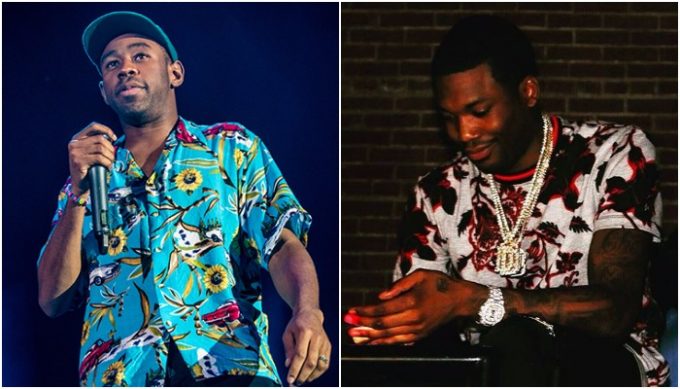 TIDAL’s strategy of releasing albums and counting streams has been controversial for a while now. Rival services like Spotify and Apple Music as well as industry gurus are reportedly unhappy over the way TIDAL has used the holes in Nielsen and Billboard policies to manipulate figures in their favor.

Last month, despite going “platinum in a week”, JAY-Z’s new album 4:44 did not feature on the immediate Billboard 200 chart after its release. The absence was due to TIDAL not reporting its streaming numbers to Nielsen Music. That week, DJ Khaled posted 70k units for his new album Grateful, a number that many critics believed was inflated due to Roc Nation’s direct relationship with TIDAL. Now it looks like Jay-Z’s company has found itself in hot water again.

Tyler, The Creator, who is fighting with Meek Mill and Lana Del Rey for the number 1 spot on the Billboard 200 this week with his new album Flower Boy, has accused Hov’s streaming service for manipulating the rules in order to take Meek’s Wins & Losses to the finish line. All three albums are expected to move between 80-90k copies in the first week based on early projections. Tyler, The Creator said on Wednesday that the placement of Meek Mill’s Wins & Losses in front of the TIDAL paywall may affect the chart results. On July 25, Meek and TIDAL decided to offer the album for free stream to everyone, whether with or without a subscription. According to experts, this increases the possibility of inflating the numbers with help of bots etc.

“DAMN TIDAL GOT ALBUMS PLAYING BEFORE A PAYWALL WHICH MAKES ME THINK N*GGAS CAN HAVE BOTS SPIKING UP PLAYS FOR BILLBOARD ON FRIDAY HMM,” Tyler wrote on Twitter, accusing TIDAL/Meek of manipulating numbers. “IM PETTY I WANT THAT TOP SPOT.” Earlier in the day, industry experts HitsDailyDouble also criticized the move, calling it the “most naked example of chart manipulation in recent memory.”

In a statement released Thursday, Billboard confirmed that free streams of Meek Mill’s Wins & Losses in front of the paywall will count towards the album’s chart position. “Free streams — with “free” defined as streams a listener has accessed without having a paid subscription or as part of a trial period subscription — have counted towards the Billboard 200 since it changed to a consumption model in 2014,” the post read. “Billboard does not currently have in place any rule or rules dictating how an approved streaming chart contributor can present or promote content on their services.” The statement continued, “by the methodology now in place, which was arrived at in partnership with our industry constituents (record labels, distribution companies, etc.), on-demand audio streams from approved contributors, whether in front or behind a pay-wall, or via a free, discounted or paid trial, all count equally, provided the streams are consumer-initiated “on demand.’”