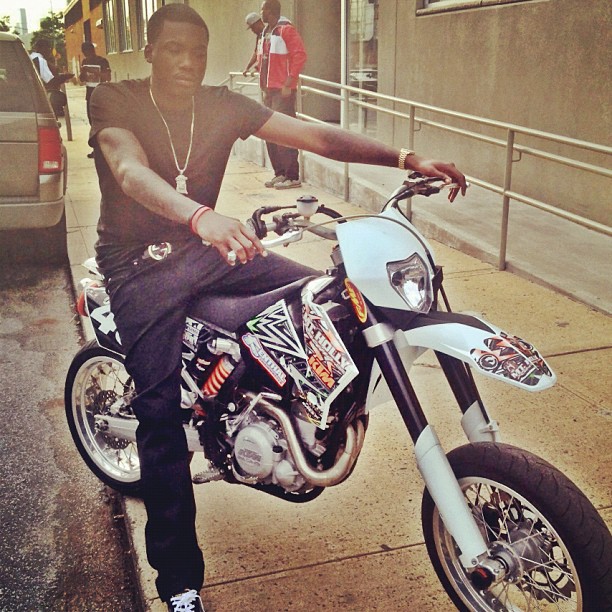 Meek Mill has landed into legal complications yet again. The rapper is currently in police custody as a result of him driving his dirt bike recklessly through the streets of NYC — Bronx to be exact, reports TMZ.

The Philly rapper is currently being questioned in an Upper Manhattan Precinct after being taken in for the alleged stunt but has not been charged or arrested yet. According to some fans, his initial confrontation with police was also caught on his Instagram’s live stream which was stopped soon after.

UPDATE: Video footage of Police questioning Meek has surfaced. You can hear the officer say “I got video of you.”