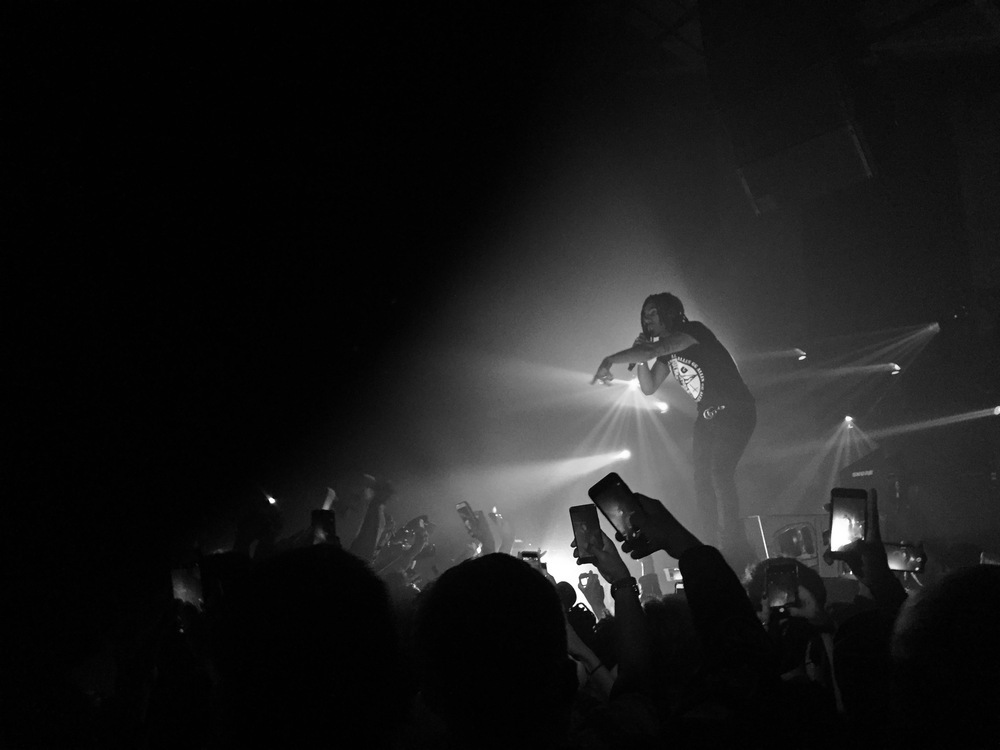 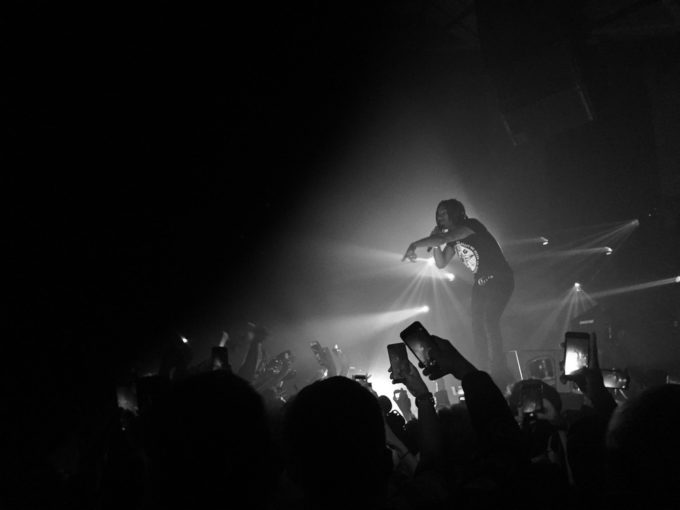 It’s 10 o’clock on a relatively cool October night in London at Village Underground. A lot of the crowd are on their third or fourth drinks of the night, almost every hit from 2017 has been played by the DJ and London’s stage curfew is just 60 minutes away, but Vic Mensa is nowhere to be seen.

A lot of people are visibly restless and/or inebriated but the energy in the room remains high throughout the DJ set. ‘Kmt’, ‘XO Tour Llif3‘, ‘N*ggas In Paris’, ‘Woke Up Like This’ and ‘Whippin Excursion’ all make their rounds as fans mosh pit and scramble back and forth from the bar.

When Vic finally hits the stage (with about 45 minutes left to perform before he’ll be forced to pay a hefty fine), he commands the attention of the room immediately. He opens with ‘Didn’t I (Say I Didn’t)’, the intro to his critically acclaimed new album The Autobiography Of Vic Mensa. It works well as the first song of the night. Cameras are out and eyes are fixated on the rapper. But it’s when he goes straight into ‘U Mad’ that his lateness is forgiven immediately.

Throughout the set, the Roc Nation artist performs a wide range of songs from his last album and EP and even takes it back to 2013 for his guest appearance on ‘Cocoa Butter Kisses’ which fans sing along to word for word.

The Chicago MC calls London his second home a few times throughout the night which always gets an appreciative cheer. Although it’s nothing new for artists to praise whatever city they’re performing in at the time, this feels genuine and the love is certainly reciprocated. A few miles away at The O2 Arena, Future is performing hit after hit for an eager crowd of almost 20,000 but there’s no feeling of regret in the air. Every person in the room wants to be here.

One of the best moments of the night comes when Vic performs ‘Heaven On Earth’, a heartfelt cut from his LP where on verse one he raps about the murder of a close friend, on verse two he talks to himself from his late friend’s perspective and on verse three he talks to himself from the killer’s perspective. The audience follows the words intently. It’s thanks to this that they will leave loving Vic Mensa the rapper, but more importantly knowing Victor Mensah the man a little more. 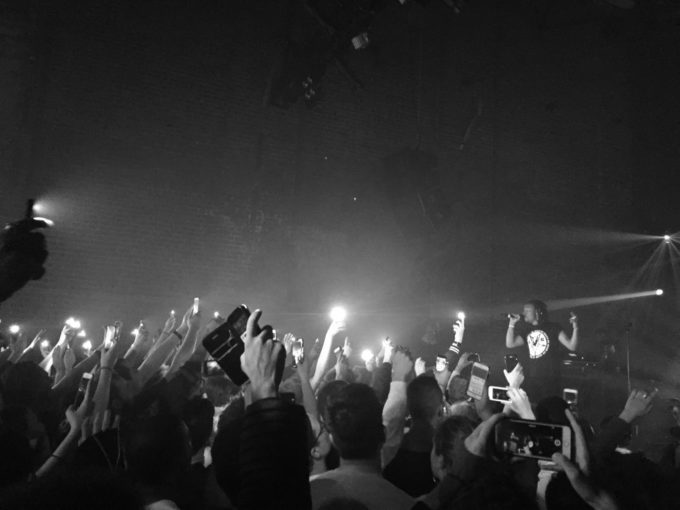 The highlight of the evening comes when Vic performs ‘Rollin Like A Stoner’, embraces his rockstar aura, takes off his jacket and crowd surfs. When he gets back up on stage, Pharrell’s ‘OMG’ instrumental hits and the performance ensues.

Before leaving the stage, a fan hands the rapper a jacket which the Roc Nation artist criticises as racially insensitive before signing it anyway. After thanking the crowd he walks off stage but no-one moves a muscle. It’s 11PM on the dot now but London wants – and deserves – their encore. It’s clear that there wasn’t one planned but the rapper and his guitarist come right back anyway. It’s difficult to even hear what song they decided to play but it’s the thought that counts.

All in all, the night was a success. Vic will open for his friend and mentor JAY-Z in California in just a few days and London was the perfect warm up for him. As well as having a gift for pleasing everyone in the room, his confidence on stage is refreshing and his level of breath control means he rarely misses a word. The general consensus is that the next time Vic comes to the UK for an inevitably larger crowd, everyone will be back for more.