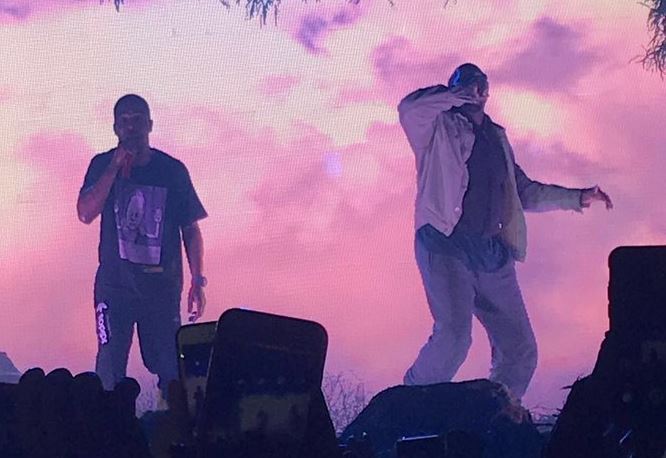 Many fans were hoping that Cudder will be able to do the trick and bring out hometown man Kanye West as a special guest but as it’s always unpredictable with ‘Ye, it was never a done deal. But the Ohio artist came through and did the job as Kanye appeared on stage out of no where to surprise the crowd with a rare public appearance.

Together, the duo performed ‘Father Stretch My Hands’ from The Life of Pablo and of course, the audience went crazy. Watch the footage below.