T-Pain is The Most Influential Artist of This Generation 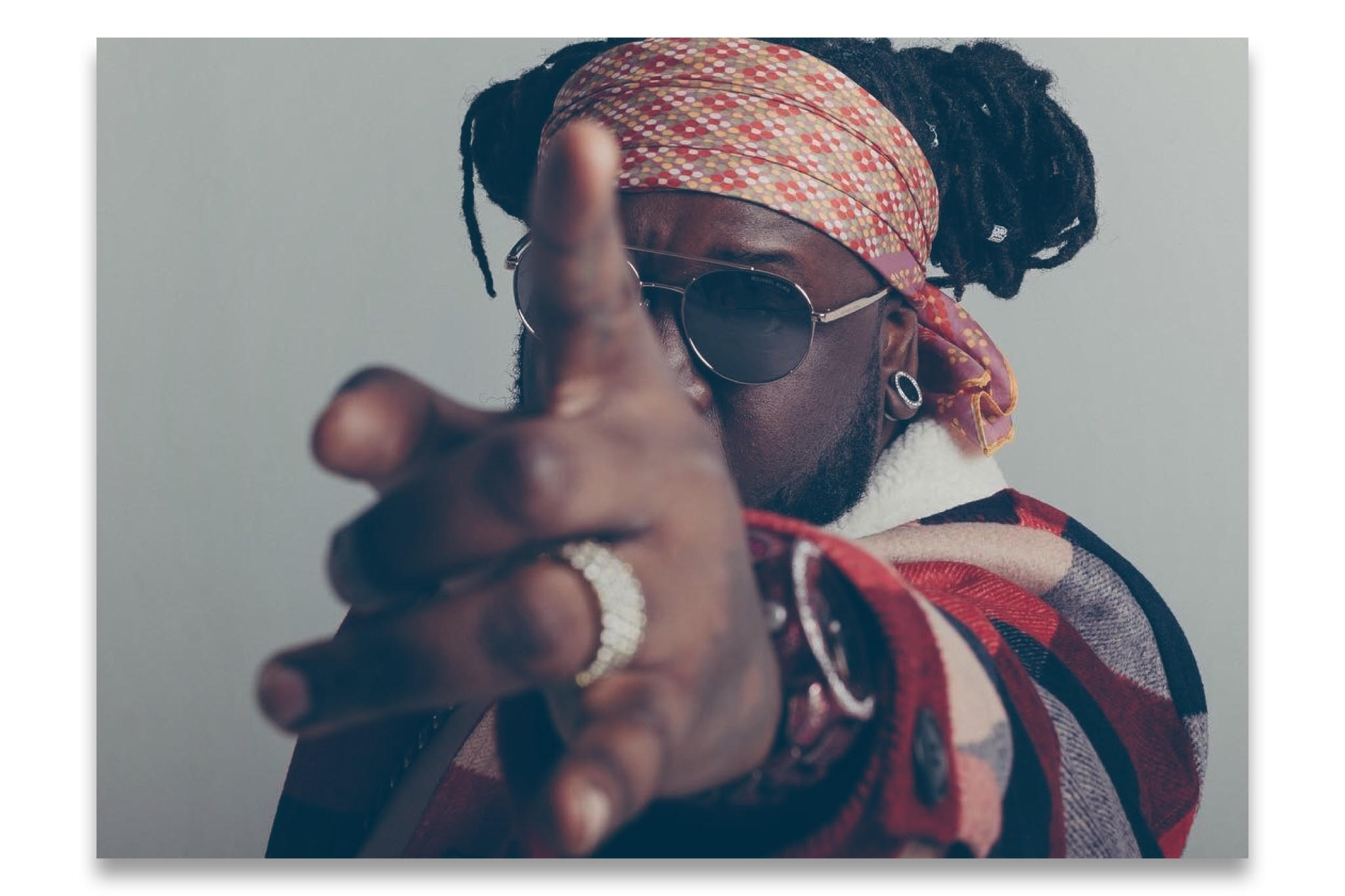 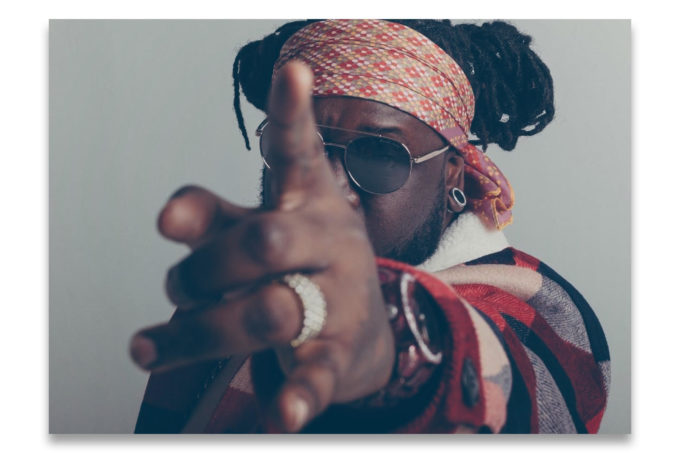 When we talk about the most influential artists to bless music, you usually think of names such as Prince, Michael Jackson, James Brown, Stevie Wonder, 2Pac, Biggie, Rakim, Dr. Dre, LL Cool J, Lil Wayne, Outkast, Kanye West, R.Kelly, Jay-Z, 50 Cent and the like. I haven’t come across a person yet who instantly mentions “T-Pain” in that conversation. And that’s a shame.

T-Pain arrived on the scene with his debut album Rappa Ternt Sanga in 2005 which spawned two Billboard Hot 100 top 10s, ‘I’m Sprung’ and ‘I’m N Luv (Wit A Stripper)’. More than the tracks, what really became a trademark was the use of Auto-Tune throughout the album by the rapper-turned-singer.

When T-Pain used the Auto-Tune, he wasn’t the first to do so. The technology was invented by a geophysicist named Andy Hildebrand back in 1996 and released officially in Spring of 1997. Andy was a research scientist in the oil industry who developed a software for processing data from reflection seismology, a method used for estimating properties of Earth’s subsurface with help of reflected seismic waves. But Andy’s first love was music as he was a Flute player since he was young so he always wanted to get involved with the music industry in some way after growing up. What’s crazy is, as per Greg Milner’s book “Perfecting Sound Forever“, the breakthrough with Auto-Tune was a matter of chance when a distributor’s wife mentioned to him how great it would be if there was a device or technology that would keep her off-key singing in tune.

Before Auto-Tune, it was the talkbox and vocoder which were sometimes used by artists in the mainstream as a way of adding some spice to the vocals by altering the voice pitch. The first evident use of “pitch correction” took place in Cher’s hit single ‘Believe’ in 1998 where the song’s producers Mark Taylor and Brian Rawling used the technology to enhance Cher’s vocals but kept the method behind it a sort of secret from general public. Most music makers thought the technology being used was just a smart way of utilizing vocoder.

The Auto-Tune is available as a plugin for almost all popular music software programs which can be downloaded to move vocal aberrations to what it determines to be the original intended pitch of the vocalist. It allows vocal tracks to be tuned in a desirable way despite being off-pitch when originally recorded. Keeping secrets in the music industry isn’t easy so some producers started playing around with the technology. The first breakthrough came when Rodney “Dark Child” Jerkins used the same on a remix of Jennifer Lopez’ hit ‘If You Had My Love’. T-Pain would later go on record to state that it was this song where Auto-Tune was used for a couple of seconds on J.Lo’s vocals which inspired him to dive into the technology.

After testing Auto-Tune for a couple of years, T-Pain finally figured it out and released his debut album Rappa Ternt Sanga. Following ‘I’m Sprung’ and ‘I’m N Luv (Wit A Stripper)’, his next two singles ‘Buy U A Drank (Shawty Snappin’)’ and ‘Bartender’ from his second album Epiphany in 2007 also reached the Top 10 of Billboard Hot 100 (the former reaching #1), establishing him as a certified hitmaker in the industry. After becoming a household name, things became shaky for him as he was soon a meme on the internet, a joke for some traditional music fans and was being called the reason why Pop music began to sound so artificial. But Teddy Pain wasn’t worried. In 2007, Kanye West recruited the singer for his single ‘Good Life’ off his third album Graduation which peaked at number 7 on the Billboard Hot 100. This was probably the first time when a critically acclaimed artist and purist such as Kanye West put a stamp of approval to T-Pain’s way of making music. There was no turning back from there.

One year later in 2008, Kanye would go on to release 808s & Heartbreak, an album he recorded in the wake of his mother’s death and breakup from fiancée Alexis Phifer. West used Auto-Tune throughout the album, most prominently on songs which weren’t necessarily happy in nature. The album got a mixed reaction and almost divided ‘Ye’s dedicated fanbase into half. Some lauded the effort while others called it “corny.” But one thing was sure – Auto-Tune had officially taken over the music game. Afterall, 808s & Heartbreak probably would have never happened if it wasn’t for T-Pain. What Kanye’s album also did was make it acceptable for rappers to belt out emo songs without being ashamed about it – often with a little help of singing. Kid Cudi was next — blurring the lines between rapping and singing with hit songs like ‘Day N Nite’ and ‘Make Her Say’. One of the biggest artists to emerge from this era – Drake, released his debut project So Far Gone in 2009 as well and proved it again that being a rapper and a singer at the same time was probably the ultimate success formula.

But the reservations against the technology still remained strong. The biggest threat came from Rap icon Jay-Z who released his single ‘Death of Auto-Tune’ in June 2009, expressing his disgust with the trend and inspiring fans to revolt against the forces which were trying to bring down the “real” Hip-Hop sound. Several other artists joined the movement. Christina Aguilera was photographed wearing a T-shirt that said “auto tune is for p*ssies.” In an interview with Vlad TV in 2014, T-Pain recalled meeting Future’s brother at a Thanksgiving fundraiser and mentioning to him that he was eager to collaborate with the ATL superstar. But instead of offering to pass on Pain’s message, he told him, “My brother would never f*cking work with you. F*ck you and everything you stand for.”

What followed was a complete wave of rappers and singers (and ones who do both) using the Auto-Tune technology to break into music. And this was happening while T-Pain was still assisting others with his Auto-Tune hooks to shoot up every chart in the world. Flo Rida’s ‘Low’, The Lonely Island’s ‘I’m On A Boat’, Bash Bash’s ‘Cyclone’, Jamie Foxx’s ‘Blame It’, Chris Brown’s ‘Kiss Kiss’, Plies’ ‘Shawty’ and Lil Wayne’s ‘Get Money’ were only a few of the hits that Pain contributed to with his catchy choruses. By the time Pain was half finished with the domination, he would end up with 42 appearances on the Billboard Hot 100 out of which 15 went Top 10. To make the deal sweeter, he also ended up with 17 Platinum and 3 Gold singles – and this was an era where you had to actually sell music to earn Gold & Platinum certifications.

But it’s not just what T-Pain himself did in the late 2000s which is monumental. What followed after his reign was a tide which never went low. Jay-Z might have tried killing the auto-tune but the usage of the technology only multiplied year after year. Lil Wayne used it heavily on the first single off Tha Carter III, ‘Lollipop’. The song ended up being the biggest of his career at that time and kick-starting Weezy’s domination on the charts. The album famously sold a million copies in the first week, becoming the first album to do so since 50 Cent’s The Massacre in 2005.

While various artists from Hip-Hop, R&B and Pop worlds were exploiting T-Pain’s style to create radio smashes, there was a particular region in America that was starting to be the centrum of musical landscape. That region was Atlanta.

Future is one of the most prominent artists of the region in recent years but it’s pretty clear that he would have probably never made it this far if it wasn’t for the technology that T-Pain made popular. The rapper-singer used the pitch correction program to a resounding effect, delivering his raspy voice with auto-tune on romantic tunes like ‘Turn on the Lights’ as well as street hits about drug dealing like ‘Karate Chop’. The hype was real and the way the style was spreading onto other regions, it was evident that Auto-Tune was not going to die out anytime soon — at least not in the era we’re currently in. Young Thug, Rich Homie Quan, iLoveMakonnen, Chief Keef, Lil Yachty – these artists established their entire careers with help of the technology. A few of them are neither great rappers nor fit singers – what they were brilliant at was creating an audio experience that catches the ear. Auto-Tune became their best friend. The drug they became addicted to. Two of the most dominating acts in the genre right now, Travis Scott and Migos, thrive on Auto-Tune to deliver their hits. You take out the effect from their recordings and things might never be the same.

The Pop world couldn’t keep its hands away from Auto-Tune either – Kesha, Maroon 5, Katy Perry and Justin Beiber are only a handful of artists who have created smashes using the software. Auto-Tune is here to stay and you can thank T-Pain for it.

The Tallahassee, Florida based artist, whose real name is Faheem Rasheed Najmk, popularized Auto-Tune to an extent where you can’t go without getting through a playlist or a drive listening to radio without hearing an artist using the technology. Whether it’s a song about selling drugs or one to win your lady back, Auto-Tune has become an integral part of the culture. Believe it or not, the ears of the current generation are tuned to a point where hearing a rapper sing without the use of Auto-Tune almost feels unnatural. Since his debut in 2005, T-Pain, who recently released his new album Oblivion, helped alter the way we understand and appreciate popular music, forever. T-Pain is the most influential artist of this generation.