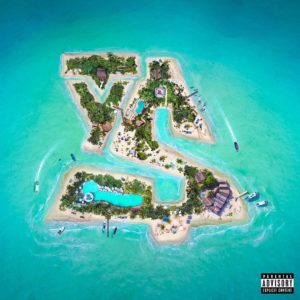 You have to wonder if Ty Dolla $ign will ever get the respect he deserves. He’s never struggled with acceptance amongst his peers as he’s collaborated with or written for just about everybody who’s anybody in the music industry. If you listen to the radio or go to a club his uniquely gravelly voice is nearly inescapable, and if you look at Spotify’s most streamed artists, he frequents the chart as one of the country’s most listened to artists. Having said all that, it may be confusing how someone with such an impressive resume could possibly be forgotten in the bigger conversation about today’s biggest stars. The reality is that Ty Dolla $ign may not be selfish enough to get the respect he deserves. The sheer amount of music he’s created since his original Beach House mixtape in 2012 is almost unprecedented. Other artists such as Future and Young Thug have had similar outputs, but they have done more for themselves with more frequent solo projects. It seems like Ty gets recognized most when he is shining on other artists’ songs instead of his own. In that sense he is selfless. To think that someone as ever-present as Ty has only had four of his own songs hit the Billboard Hot 100 is almost impossible to believe.

For his official debut Free TC, Ty gave fans his most personal work to date with a mix of introspective ballads and club grooves. While the album was critically acclaimed and lauded by many fans as a solid debut, the singles didn’t quite perform up to par, even if they should have. It makes sense then that Ty would revisit the aforementioned Beach House series with the third installment for his second official LP. The series is what garnered him attention in the first place and is home to his biggest hits to date. He’s on record saying that he hopes this album turns him from everyone’s favorite R&B feature to a solo star in his own right.

The singles for Beach House 3 have backed up this claim as they play into his pop sensibilities far more than his past work. ‘Love U Better’ for example features both The-Dream and Lil Wayne over a Mary J. Blige and Peabo Bryson soul sample. The song has picked up quite a few spins on urban radio, but still hasn’t gone to the next level like Ty would probably like it to. The infectious hook of single ‘Ex’ is almost impossible not to sing along with. Friend and fellow West coast native YG rides shotgun for two short verses where he brags about “riding jetskis with naked b*tches”. The catchiness of the record is amplified by the sample of 112 and Biggie’s ‘Only You’. He continues to shoot for the top 10 with Skrillex and Damien Marley on second single ‘So Am I’. The island infused jam goes full pop to the point of even having a signature Skrillex breakdown during the refrain. The song which invites people to partake in fun activities against their better judgment was born to heat up the summer.

This brings up one of the biggest criticisms of both this album and of Ty Dolla $ign as a whole. His timing on releasing projects has not been right since his mixtape days. His last three projects, with this album included, have come right as the weather is starting to turn from hot to cold. Maybe for the parts of the west coast that Dolla $ign resides the weather doesn’t fluctuate as much as the rest of the country, but almost this entire album would be even more fun than it is if we got to enjoy it in the hot sun. It may seem like a silly thing to nitpick, but you can’t listen to the bop of ‘Dawsin’s Breek’ or the melodies of should-be single ‘Droptop in the Rain’ and not wish it was still July. Ty even admits this discrepancy with an album cover that depicts a remote island in the shape of his logo.

Regardless of what season we’d prefer to enjoy this music in, it’s hard not to cherish Beach House 3 regardless. Ty has one of those voices that is instantly recognizable upon hearing it. His melodies have always been ear worms but here they inch their way into your memory just a little further. Future and Swae Lee do their best to contribute to that with their vocals on ‘Don’t Judge Me’, another clear standout on the album. The three have instant chemistry on the track as Swae Lee continues to shoot 100% from the field in 2017 and steals the show in the track’s latter half. Ty has something for everyone here and even tries to recapture the magic of his Fifth Harmony collaboration by joining forces with girlfriend Lauren Jauregui on ‘In Your Phone’. The song is an obvious single choice due to her star status and should be treated as such sometime down the line.

A common theme in this review has been singles. Somehow Ty Dolla $ign has accomplished what so many artists try and fail to achieve. He has managed to make a cohesive album where nearly every song could be pushed as a single. Beach House 3 is a true pop album that didn’t compromise or sell out in the process. We criticize a lot of artists for overly long albums, yet Beach House 3 feels brisk despite its twenty track run time but that’s also because some of them are just interludes. One can’t help but feel like this could be the album that starts to put the wheels in motion in making Ty the solo superstar he knows he can be. On the album’s acoustic opener ‘Famous’, he croons about everyone wanting to be an overnight success without putting the work in. The song sets the tone for the album and becomes a theme used in the short interludes that hold the album together. Ty has definitely put the work in throughout the years and this will be the album where the mainstream starts to fully embrace him as a solo act; as they should. Beach House 3 may not be perfect, but you’d be hard pressed to find anything glaringly wrong with it. Ty Dolla $ign is a star and it’s time to start respecting him as such.