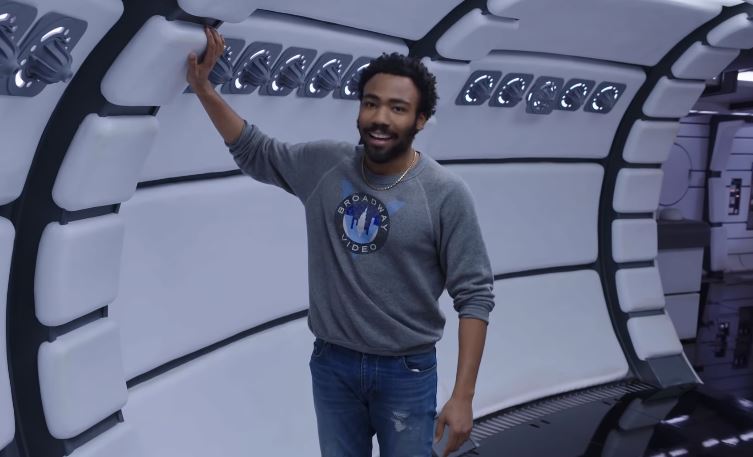 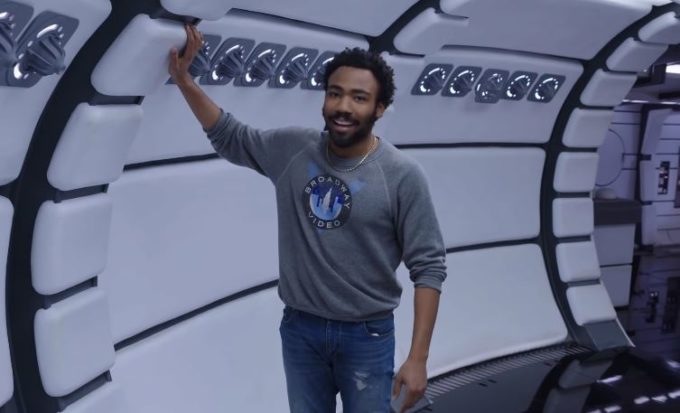 Lucasfilm and Disney have released a new promo for the upcoming film Solo: A Star Wars Story, featuring the one and only Donald Glover

Glover, who plays Lando Calrissian in the film, takes us around the Millennium Falcon in a MTV Cribs-style clip. There’s a high tech master bedroom, living room, guest bed, cockpit, entertainment area, bar area, and even Lando’s cape room. Watch it below.

Solo: A Star Wars Story will hit theaters May 25. Glover will both host and perform as the musical guest under his alias Childish Gambino on Saturday Night Live on May 5th.