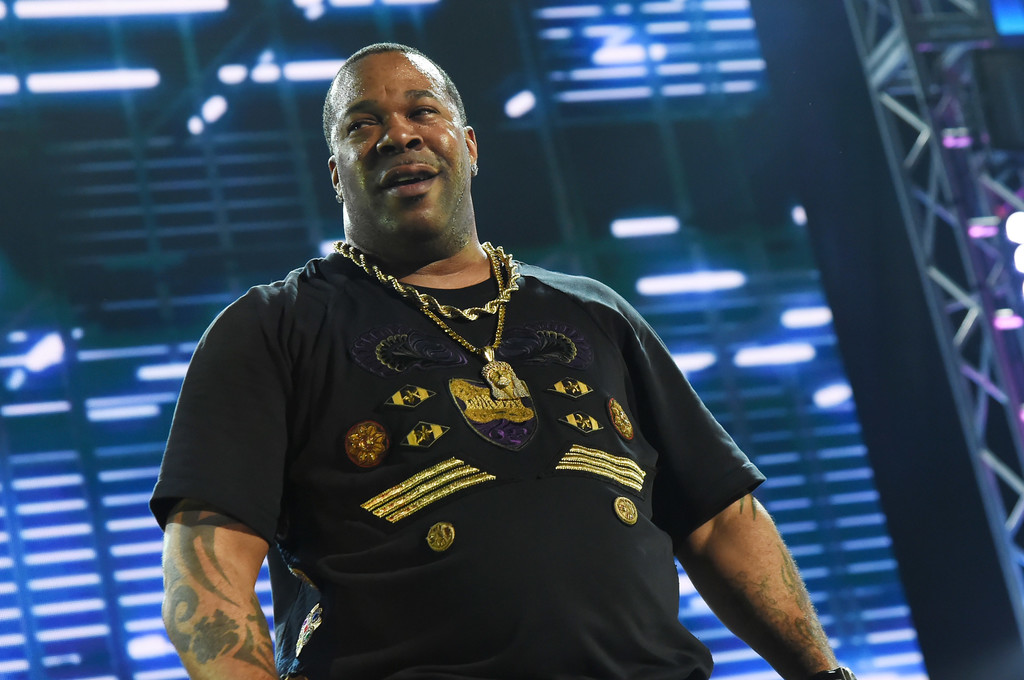 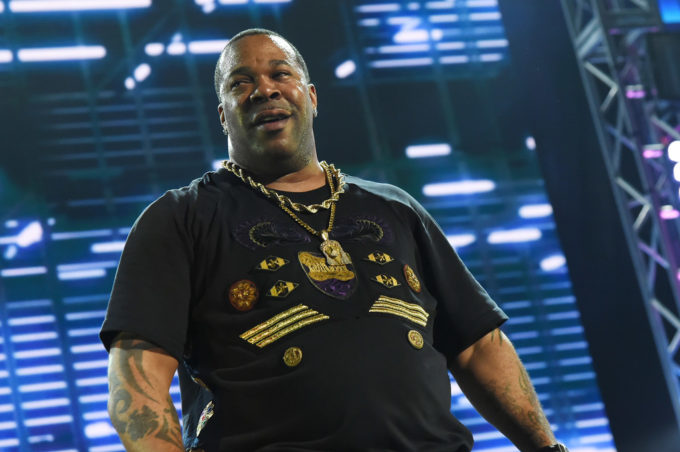 Busta Rhymes isn’t a hip-hop legend who is a prisoner of nostalgia. The man who has outshined A Tribe Called Quest, Raekwon, Eminem, and a Hall of Fame list of other MCs on tracks is a consummate purveyor of Hip-Hop’s progression, always looking for ways to push the culture forward. Even in a bag of Doritos.

As part Doritos’ Blaze The Beat program, Busta Rhymes sat in the studio with musical virtuoso Terrace Martin as the 39 year old producer crafted a beat using a bag of Doritos, a bottle of hot sauce, a box and his own God-given voice. Now, aspiring MCs can visit doritosblazethebeat.com, download the beat, and submit a video of their best verse over Doritos’ Blaze Beat for a chance to perform on the Doritos #BlazeStage with a major headliner at the Life is Beautiful festival official pre-party in Las Vegas on September 20.

But, Busta isn’t just slanging Doritos. He has plans on releasing his first album since 2012’s Year of the Dragon, with 9th Wonder exalting it as one of the best albums of the year. So, the nearly 30-year rap veteran sat with HHNM in New York City on Tuesday to discuss the status of the new album, what he’s going to be looking for from the MCs in the Blaze The Beat program, and how Hip-Hop should unionize.

Terrace Martin made a beat using a Doritos bag of chips, a box and a bunch of other objects lying around the studio. You’ve worked with producers like J. Dilla, Dr. Dre, Pharrell, etc. Have you ever seen anything like what he did?

Busta Rhymes: Yeah. Pharrell and Timbaland. They made beats with buckets, pans, sticks, and banging shit on the wall. I ain’t never see nobody do it with the ingredients that [Terrace] did it with. But I’ve definitely seen producers, Timbaland and Pharrell in particular, not use the conventional technology and production approach. I think with them it probably was the first time that I’ve seen it. But, with Terrace, it was probably the first time that I’ve seen him do it with what he was given to create a track with it.

‼WHO’S GOT BARS?🔈‼ Starting today @Doritos is putting y’all to the test in the🔥🔥Blaze The Beat🔥 Competition #ad for a chance to perform on the #BlazeStage at the “Life is Beautiful Festival” pre-Party. Drop those verses NOW on doritosblazethebeat.com . ✅ Enter Now – Go To —> “Link in Bio” . #spitfirechallenge #ad

The difference between Terrace, and Pharrell and Timbaland is [Pharrell and Timbaland] had this idea to do a beat in that way. Terrace, I don’t know if it was made clear to him or not until we got there that he was going to be creating a beat with a bottle of hot sauce, and chips, and shit. His was random.

MCs will be rapping on that beat in competition for Doritos’ Blaze The Beat program, and you’ll be helping pick the winner. What are you looking for?

The same shit we all look for. We look for dope emcees. We look for people who could perform and control the room. I think that’s the reason why we’re all pretty much gravitating towards the artists that are the ones that are most successful as opposed to the ones that aren’t, because the ones that are most successful, and particularly on a consistent basis, are the ones that have been able to command that support or that love that we give them, or that respect that they garnish. It’s the same shit. If you ain’t in the room giving us bar for bar consistency and commanding the room with the energy and the performance, then you just going to be one that’s told to go back to the sideline while we call another player to come in and execute to play the proper way. It’s all just going to narrow down to the unique approaches, the feeling of the artist captivating the moment.

I think the cool shit about this beat to me is that it ain’t some conventional trap shit like what you’re hearing. Not that anything is wrong with that. But, a lot of these artists that’s used to just trying to spit their shit based on those flow patterns that are getting involved with this are going to have to get their shit back on a real hip-hop approach because they got to…

Yeah. Find the pocket on some real rap shit! That’s the way the beat was made, and I take great pleasure in that part, particularly because it’s just good to see that a platform was provided for the art to be represented from the right perspective. I don’t want that to be misconstrued. I’m not saying that any approach is wrong or right but when it comes to the bare fundamentals of hip hop culture, the boom bap is the foundation of the sound and it’s the father of everything that rap comes from. So, sonically, this is the closest thing to that as opposed to everything that’s going on that these kids are used to. So, it’s just dope to me that Doritos were able to approach it from that perspective and then allow me to be a part of it.

If anything, anybody knows Bust Rhymes prioritizes upholding the integrity and the fundamental of the raw rap, boom bap shit. I just think it’s a great way to bridge everything from what’s been happening way before me, to what was passed to me, to what I now feel honored passing to them. This is almost like how we’ve been hearing all of this bullshit about elder statesmen complaining about what the new rap dudes are doing. The mumble rap category bullshit, and all of that. My thing is, let’s stop the f*cking complaining! If you’ve got an issue with what the new dudes are doing, put your arm around them and school ’em. This is that. This is that situation and that opportunity that allows us to put our mentorship in place. Our ability to teach the new dudes. But, they also have to meet half way and be willing to be taught. And they got to be willing to listen. And they got to be willing to embrace the schooling with grace. This allows that to happen in a way that it just benefits everybody, and it’s just fun.

You’ve definitely been one who wants to school the youth. No better way to do that than to show them, which it looks like you’re preparing to do with what looks like an upcoming album. Last time we spoke to you, you didn’t give many details. Now that 9th Wonder told the world you have one of the best albums, anything you can tell us about producers or anything?

I still ain’t trying to disclose anything. Now that the album is done, I’m in a space where I don’t want to do nothing conventional anymore. So there’s so many things that I’m putting together to surround the album when it’s time to roll it out, campaign-wise. I’m just trying to create new groundbreaking moments that will allow the way albums are released again to be exciting in the way that they used to be.

But, I’m just saying those creative ways to approach rolling out projects, it’s time to get back to that shit. In any event, in due time, like sooner than later, I promise in the immediate future you will definitely get some details on what’s going on with Busta Rhymes’ album. Throughout my whole career, from Flip Mode all the way to the Conglomerate label with O.T Genesis, everybody can see that I take great pleasure in trying to put a new artist in position, break a new artist, mold and shape, and school a new artist. That’s what I’m here to do. To pass the torch.

I’ve always wanted to ask you this one question. You did this Rolling Stone interview in 1998 where you proposed rappers should come together and make a union, there should be dues paid, and people should help out with insurance. Now that Hip-Hop is bigger than ever, do you think that can still happen?

I definitely think it can still happen. I think this shit could happen if SAG-AFTRA (Screen Actors Guild‐American Federation of Television and Radio Artists) did it. [Laughs]. The way they gangster the shit, and take your f*cking union dues. You can’t get your bread without your dues being paid. For it to work, it just needs to be an infrastructure implemented in that way that forces people’s hand. A lot of the times people aren’t going to conform to doing some shit that they’ve been having to do, especially when you’ve got other priorities that are a little more immediate in your life that you have to choose to deal with. You prioritize based on the urgency of those issues. But, if it was a fundamental priority where in order for you to receive your money that’s being withheld by this union, you’ve got to pay union dues, motherf*ckers would have no choice and would do it gracefully because nobody would let shit stop them from getting their bread. So I just think that somehow it needs to be something that’s created to do that. It’s just funny that you say that because yesterday I saw the streaming platforms did some wild bullshit like that too where they now decrease…

Yeah, Billboard changed how they count sales. Streams from free tiers counts less towards sales than streams from paid tiers.

Yeah. So now if a motherf*cker is like 90 streams away from going gold, they did away with the free Spotify shit and the YouTube shit, and it’s done retroactively, so now you’re at 350,000 sales, as opposed to 490,000. But, again, if motherf*ckers knew that this was something that was going to actually slow down the sales, and they were able to do something about it, they wouldn’t let it happen that way and I think the same thing applies to the union. The same thing applies to the way we got to start doing shit when it comes to our generation. We’ve got to make sure that we mandate it, and make it a necessity and a priority to school and guide our new dudes so that we can be proud of what they have to contribute to the culture in not only the immediate future but the long term future as well.