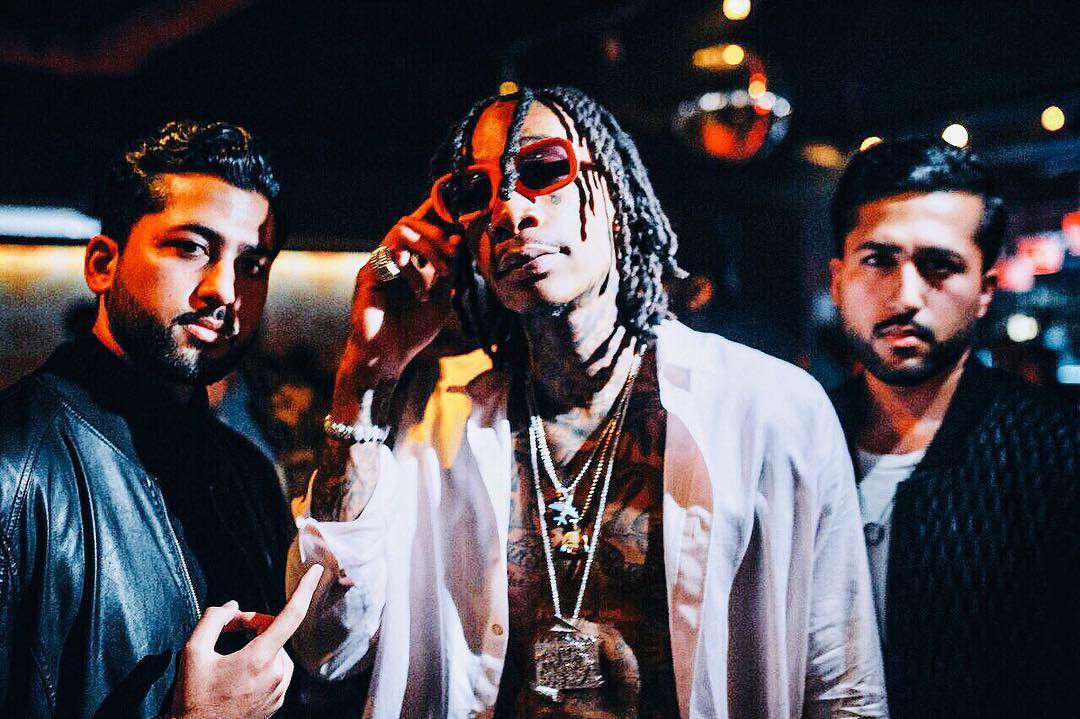 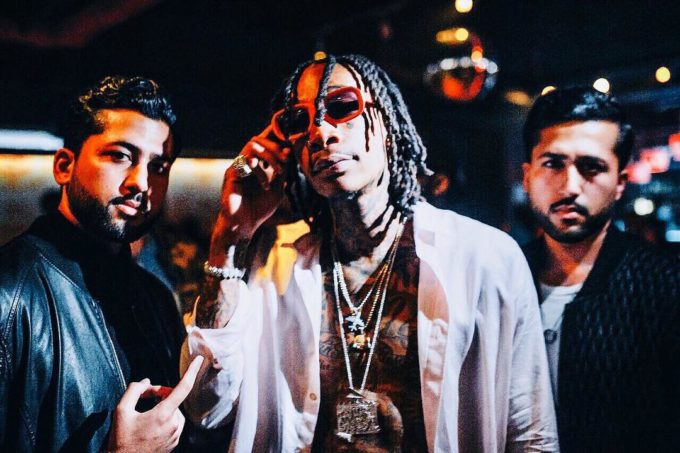 When Wiz Khalifa released his new album Rolling Papers 2 on July 13, fans were surprised to see a mysterious guest appearance named THEMXXNLIGHT (pronounced “The Moonlight”) on three songs. Those songs, ‘Mr. Williams’, ‘All of A Sudden’ and ‘Homework’ are some of the best ones on the album, making THEMXXNLIGHT a household name among Taylor Gang enthusiasts.

It’s been a quick and sudden rise for the 22 year-old identical twin brothers named Akash and Krish Chandani who quit their basketball teams and took up music as a serious hobby. Over the past couple of years, the R&B duo was casually releasing music to their Soundcloud page and gaining a few hundred followers on each upload. That’s when Taylor Gang’s top producer Sledgren stumbled upon their music and decided to reach out.

“We kept releasing songs and 5 of them were produced by a producer from Toronto. Each song we released, we would gain like 200-300 followers. Fans would listen and spread our music to their friends. One day, actually almost exactly a year ago this time, Sledgren messaged us on Twitter and told us that he wanted to send us some production,” Krish tells HHNM. “When we looked him up properly, we saw that he was a big producer on Taylor Gang so we told him like ‘yo we don’t have money for your beats right now’. But he laughed and said ‘I’m not trying to sell you anything, I think your sound is amazing, I’m a huge fan, I’ll send you guys all the production you need.’”

From thereon, Sledgren introduced the guys’ music to Wiz Khalifa and like they say, the rest is history. “So he sent us some beats and we sent him some stuff back couple of months later and he really liked it. So after that, we just kept working and sending him stuff. He sent some of it to Wiz and he ended up recording 5 songs. He only released 3 of them on the album. So apparently there’s two more that we don’t know about (laughs),” Akash continued the story. “So we’ll see about that. Some of them were supposed to go on our album called MOOD but he really liked most of the stuff as he felt it was quite right now.”

The brothers are of Indian origin, their parents belonging to Bangalore (now called Bengaluru) and Mumbai. The twins were born and brought up in America and currently reside in Bay Area but they always kept in touch with Indian music. “As kids and as a family, we always had a passion for music. We actually never had a vocal lesson ever but we had many lessons for saxophone, drums, guitar, violin, and many more instruments while growing up. We could never read notes, we would just play the song for 5-10 minutes and then have the full song done in like 20 minutes on the piano or the saxophone or something. We had that natural instinct and feel for music,” said Krish.

The duo is influenced by musicians from back home as well as America. Atif Aslam (born Pakistani) and Arijit Singh are two of the present day artists they really like. “In the past, it was Lucky Ali, Himesh Reshammiya and Taz (of Stereo Nation) who were big inspirations. As far as American music goes, we love The Weeknd, Majid Jordan, Roy Woods, PARTYNEXTDOOR and Bryson Tiller. We love the whole the whole OVO sound,” Akash continued about their inspirations.

When asked if they were planning to sign with a label, they updated HHNM, “As of right now, we are fully independent with no manager. We’re just managing ourselves but a couple of major labels have reached out. It’s all in talking stages only though.” So what is the future for the twin Indian brothers? Are they trying to get big names for their MOOD album? “Yeah, we’re obviously trying to get some big features on our album. We have 20 songs done for our album which are produced by Taylor Gang. We might have Wiz on a song which would probably be the biggest one so far. We have Kris Hollis on the album ( new artist signed to Taylor Gang). We also have this guy called SAFE who is affiliated with Drake. Also some basketball players have reached to us. Kelly Oubre Jr. From the Washington Wizards is one of them. He wants us on his project that he’s working on. Ye Ali, who write for Chris Brown, Rihanna and others, we have two songs with him. We’re trying to get PARTYNEXTDOOR and Ty Dolla Sign on something but we will see what happens,” said Akash.

Every new artist coming up in the game has some collaborations that they dream about. THEMXXNLIGHT does as well. “The Weeknd is one of them. Then Drake because it would be a hit song no matter what!” Krish said jokingly. “Wiz was one and that already happened. A song with Arijit Singh would be crazy because that would be a whole new sound. Even other Bollywood singers like Atif Aslam. Mickey Singh would be another great collaboration we feel,” Akash said.

“Yeah, also Nav, that’s also one collaboration we’re aspiring to achieve because that would break the industry. All of us being Indian, we could mesh sounds insanely well. The culture needs that, it will really push some boundaries.”