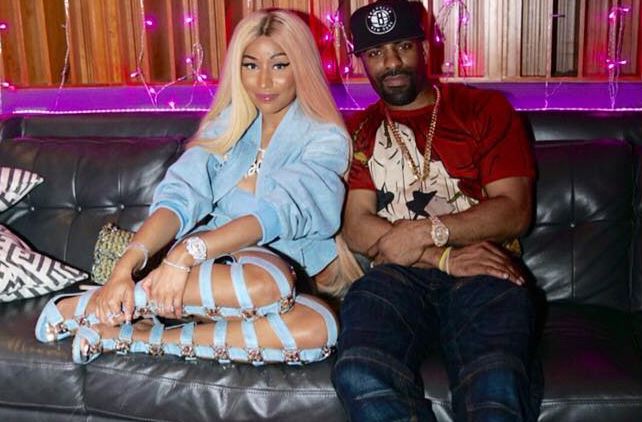 Nicki Minaj is doing a limited promo run for her new album Queen and most stops till now have been with people she’s cool with.

After the Queen radio takeover on Beats 1 last Thursday, Nicki decided to give Funk Flex the premiere of her Nas featured track ‘Sorry‘ on Sunday. Earlier tonight (Monday), she stopped by Power 105 in New York for an interview with good friend DJ Clue. She spoke on the much talked about song ‘Barbie Dreams’ which serves as the new single off Queen, whether she still speaks to Meek Mill, working with controversial rapper 6ix9ine on the platinum single ‘FEFE‘ and more.

Around the 7 minute mark, after Clue tells Nicki that Meek likes her album, Nicki says she’s happy that he does. She then expresses that she wants her former boyfriend to make “turn up” music as opposed to “pain music.” “You heard what I said, you relay that message boo-boo,” Nicki told Clue. Later in the chat, the Queens rapper also revealed that she smoked weed for the first time when Meek was asleep and she got so high that she panicked before he calmed her down.

Around the 8 minute mark, Nicki confirms that she’s dating someone but wants to keep it private. Listen to the interview below.